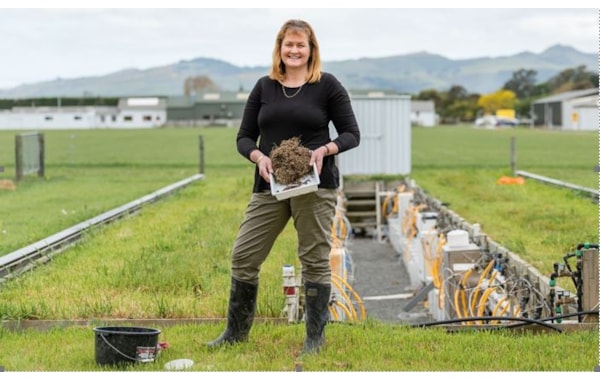 A NEW ZEALAND plant and research scientist, whose work with potatoes helpted to inspire young people, has received the 2020 Women of Influence Award (Rural Category) in recognition of her three decades of dedication and contributions to the rural sector and rural community.

Amongst the contributions Trish has made to soil science was the Unlocking Curious Minds project in 2016, which focussed on potato growing and looked at sustainable production, crop protection, breeding and biotechnology, and food and nutrition. She and colleagues hosted more than 300 primary and intermediate students from six Selwyn district schools at Plant & Food Research’s Lincoln site. The visits were part of a Ministry of Business, Innovation and Employment (MBIE) initiative aimed at enhancing the role and awareness of science in the community through public engagement and participation.

“I never think of myself as a trailblazer, but in retrospect what I’ve done out of passion and interest did make an impact on the communities that I serve. When I first started as a soil scientist almost 30 years ago, the rural community was extremely dominated by men. I knew I must prove myself through the quality of my work. I attended many field days to communicate my findings and educate farmers on how to improve soil health. Gradually they’ve come around, and they now value and respect me for the work I’ve done.”

She has made significant contributions to soil science and the New Zealand primary industries by working closely with the cropping sector to understand the interactions among soils, crops and the environment and has influenced the direction of soil science particularly in the field of soil health, invested heavily in the development of other researchers, actively participated in the scientific community through professional societies and led the way in communicating science to farmers and rural professionals.

Trish has been at the fore of research addressing a wide range of soil-related issues in the cropping sector, much of which has delivered practical knowledge to the farming community to balance important productivity, environmental and system resilience outcomes. She has been part of several collaborative research and industry teams that are responsible for key discoveries in the area of soil health.

She has played a key role in shaping the NZ Society for Soil Science. She has been a member since 1989, served as Secretary for 20 years, Vice President for two, and became the first woman President (2012-2014) and Immediate Past President (2014-2016).

As a Science Team Leader supervising a team of seven at Plant & Food Research, she has mentored many scientists and directly supervised other women technical staff throughout her career. She is passionate about inspiring the next generation’s interest in sustainable production and communicating science directly to farmers and rural professionals and seeing her research applied on farm.