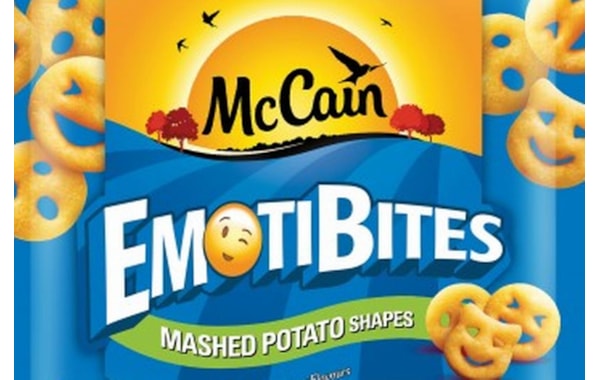 McCains' Potato Smiles could be set to be re-branded for the UK market, following a relaunch in Australia.
The product was withdrawn from the Australian supermarket shelves five years ago, but has now reappeared under a new name, EmotiBites, and resemble different face emojis.
McCain has seen a constant stream of requests from consumers to bring the childhood classic back to Aussie supermarket shelves, according to the frozen-food company.
McCain's Marketing manager Karen Ramsay said in a statement: "For many Australians, these are something they've looked back on fondly as part of their childhood. After years of build-up, it's heartening to know that they're meeting expectations.
"With the new shapes, Australians are not just welcoming Smiles back to their tables but also winks, flowers, hearts and thumbs ups. It's great to see that people of all ages are having fun with all the new shapes. In the 90s, Smiles were a classic for the pre-digital era, now they bring the same joy, but updated to reflect today's social world."