Potatoes' role in science fiction throws up some surprising realities Potatoes' role in science fiction throws up some surprising realities

AUTHOR Gerard Heidgerken has given potatoes a major role in his tongue-in-cheek debut book, Godsquatter, but says his research revealed some historical spud history that was even more bizarre.

In his book, potatoes have secretly rebuilt society in their own image, with spuds now firmly in control of all industry, government and entertainment, which culminates in a great potato war.

"I thought this sounded wonderfully absurd but then I learned there have already been several real potato wars throughout history. There was the Potato War of Bavarian Succession of 1778, and the Milford Potato War in 1857. Also the Great Maine Potato War in 1976, which shouldn't be confused with the USS O'Bannon's Maine Potato Incident of 1943. And don't get me started on potatoes' roles in space exploration, inflight wi-fi or the Canadian Gold Rush!"

He was also intrigued to find the Incans worshipped a potato goddess called Axomamma. 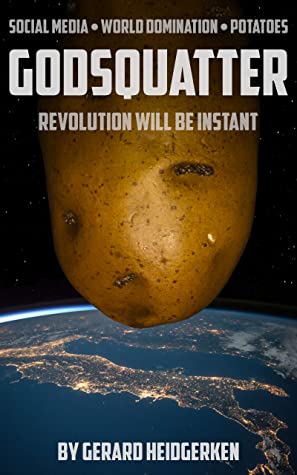