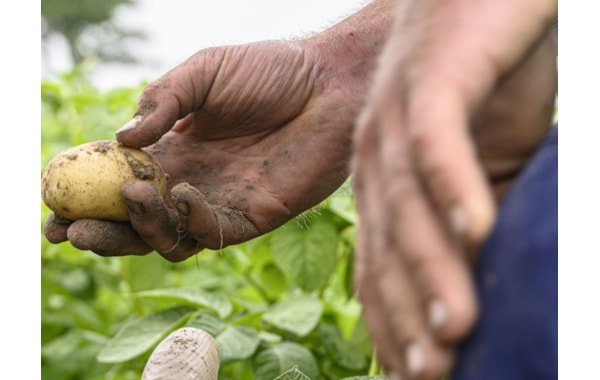 POTATO distributor HZPC experienced "a lot of positives" during the financial year 2020/2021 despite operating in a global economic recession and taking some hits from the COVID-19 fall-out, the company has stated following its annual accounts and shareholder meeting.

“We have seen a rise in the tonnage sales, we are proud to have started the Connective Growers programme and we are delighted with the efforts made to realise a competitive price for our growers.”

The Supervisory Board at HZPC Holding B.V. recently discussed the accounts for the 2020/21 financial year and the general meeting of shareholders adopted the annual accounts.

However, the margins on the extra tons failed to compensate for the substantial reduction in the margin that HZPC suffered in the Netherlands and France, as a result of much lower sales to the fries industry and a number of significant export countries, including Algeria.

The company's after-tax result comes out at EUR 0 million, compared to EUR 1.2 million the previous year.

"The same result could have been realised in 2020/2021 had we decided against starting up the Connecting Growers programme. This cost EUR 1.35 million in 2020/2021. With this programme, we have bought certificates which have then been distributed to 70% of our active growers in the European Union," a company spokesman stated.

Through its Connecting Growers scheme, the company aims to ensure grower loyalty and allow them to benefit from developments within HZPC. This programme has led to a significant increase in the number of certificate holders.

CEO Gerard Backx said: “We are focussed on growth. Although this process has been hindered over the past year, nothing is broken.”

HZPC did have to implement reorganisations at several locations within the organisation which impacted on the number of available workplaces. “It is hard when you have to make decisions you would rather not make. Thanks to the robust foundations of the organisation, however, we were able to limit this as much as possible but it does not detract from the fact that we would have rather found ourselves in a different situation,” Gerard said.

“Luckily, HZPC has a healthy foundation. Furthermore, our presence in many countries has actually been strengthened over the past year, as have product packages and interesting projects.” One example of this is the recently-presented Even Greener, a selection of sustainable varieties with a lower impact on the environment.

“Thanks to these positives and the energy that we feel within the organisation, we can move towards the future with confidence towards further growth,” Gerard said.

Founded in 1898, and rooted in Dutch soil, HZPC has expanded to become the international market leader when it comes to potato breeding, seed potato trading and product concept development.