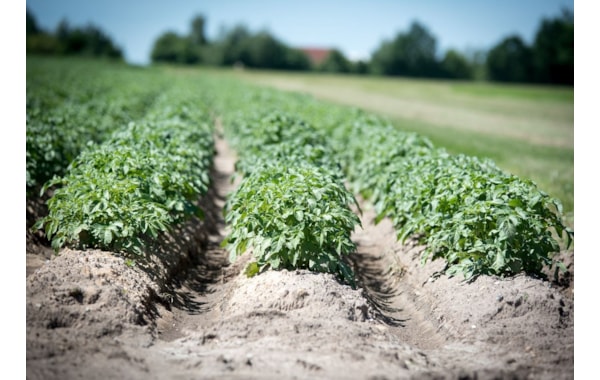 THE 2020 planted potato area in Great Britain is one of the lowest on record, seeing a 2.3% year-on-year drop.

The total 2020 planted GB area (revised estimate) is 117.47Kha. This updated estimate indicates a drop in planted area of 2.3% compared to last year and represents the GB area covered by over 90% of producers. This puts the planted area for 2020 as the third smallest on record, behind only 2016 and 2017, according to AHDB. The driving force behind the drop is mainly the processing sector, but also the fresh bags sector with a combined reduction of 4.1Kha.

Since the estimate based on 80% of growers, some larger growers have submitted their planted areas showing they have dropped their area more significantly than many of the earlier submissions. This has caused a larger drop than usual and highlights that with 10% of submissions still outstanding we could see some further changes to these estimates.

The East of England has held the position of largest potato growing region at 33.4Kha, although has seen a marginal (<1%) year-on-year decline. The planted area in the East of England has gradually been increasing over the past 4 years (2016-2019) and the estimated 2020 area still sits c.480ha above 2018 plantings.

Other regions that have recorded only marginal (<2%) year-on-year changes to planted area include Yorks & Humber, South West and Scotland.

There has been some significant drops in planted areas in regions badly hit by the weather events of both 2018 and 2019. A drop in planted area of 1.1Kha is estimated for the North West, a region particularly effected by the wet weather experienced in 2019. By 12 November 2019, 33% of the North West’s crop was estimated to still be in the ground and the rain continued right through the winter causing continued problems.

The potato area in the North West has been declining quite dramatically since a peak in 2017. A key driver behind the drop in planted area for the North East and North West combined comes from the processing sector; a reduction of 574ha (22.6%) from last year.

Other regions with cuts of 700-800ha to planted area include the East & West Midlands. Both these regions have been following a long-term trend of reduced area year-on-year. Since 2011 plantings, the East and West Midlands have seen a reduction of 1.4Kha and 3.4Kha respectively.