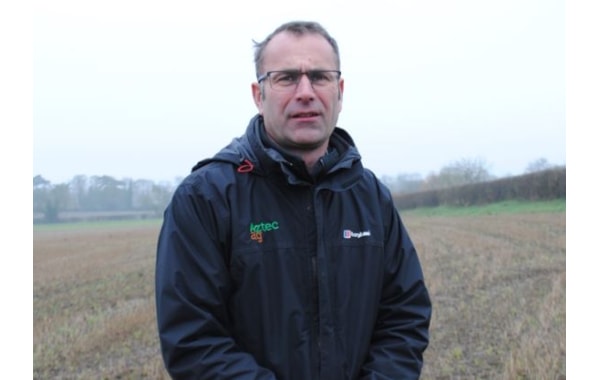 “Potatoes are such a high value crop that it would be unusual for growers and agronomists not to have prepared their herbicide programmes well in advance, using key actives still at their disposal and that offer maximum timing flexibility,” said Phil, of Aztec Agronomy.

“Last year our strategy was to split the herbicide plan with the first applications being applied soon after planting, typically pendimethalin-based followed by another spray application just before crop emergence. The second application typically included metobromuron, or/and flufenacet and metribuzin (depending on varietal choice and their tolerance to actives).

“We tended to go earlier with the second application last year, compared to when we had diquat. The dry spring last year caused a few challenges so we did irrigate where we could encourage herbicides to work effectively. In the past we would achieve good control with one pre-emergence application. More recently we may have had a split programme.”

On average Phil started the second herbicide applications three days earlier last year – pre-emergence of the potato crop. A similar programme is planned for this year, heavily loaded with residuals to make up for the loss of diquat.

“This leaves us with the opportunity to go in with Shark (carfentrazone-ethyl) at 0.33l/ha for any late flush of broadleaved weeds such as bindweed and redshank,” said Phil.

He stressed the importance of always reading the label recommendation before applying herbicides. In the case of Shark, application should be timed to go on up to ridges cracking, but ideally before any crop emergence. This should ensure good weed control and minimize any possible crop effects.

“It is critical to pre-plan herbicide programmes because of the potential impact product choice might have on desiccant selection,” said Phil. “For example, carfentrazone-ethyl can be used as a herbicide and as a desiccant (Spotlight Plus) and be within the regulations. Other options can be used as an alternative herbicide to Shark, but it may alter desiccation options so always read the label carefully.”

He adds that he tailors every herbicide programme to individual fields and grower budgets. There is not a universal strategy to fit all situations.

“The loss of actives in potatoes presents a turning point for the industry in my opinion,” he said. “The cost of effective herbicide programmes has increased significantly over the last five years. We have lost most of the economical herbicide options, and while current options can still be very effective, they can also be quite expensive.

“Having a flexible and robust herbicide programme, loaded with residuals and including a flexible contact partner that does not compromise the knockdown strategy has been our solution.”