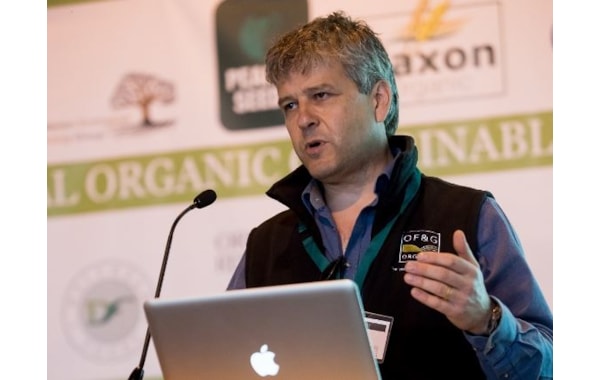 ORGANIC growers need proper recognition and financial incentives that the British Government is failing to properly provide, according to the largest certifier of UK organic land, OF&G (Organic Farmers & Growers).

The organisation has reacted with bewilderment to Defra’s launch of its 'Path to Sustainable Farming 2021-2024', which it has described as "a roadmap to nowhere".

Chief executive at OF&G Roger Kerr (PICTURED) said: “There’s a glaring hole in the Government’s strategy as it fails to include organic in any Environmental Land Management (ELM) proposal or pilot scheme, as well as lacking any financial detail for farmers to plan their business strategies for when the ELM scheme begins in a little over three years’ time."

If the Government truly wants to fulfil these objectives, growers using organic methods for potatoes and other crops must be properly recognised for their role in delivering against those targets, he said, adding: “There’s undoubtedly a need for a new way forward given the dire state of our agricultural land and rural communities. The current system isn’t working but simply cherry-picking specific elements of ‘environmentally-friendly’ food production isn’t going to address the multiple, complex and serious challenges we face.”

Statistics show that consumer demand for organic products has increased by more than 9% so far this year (compared with around 5% last year), with 13% growth in September alone compared to the same period last year.

“Defra has been planning this transition for four years and yet the migration process remains hazy at best. It’s still unclear how payments will reward farmers for their environmental input. It’s time for Government to recognise the diversity of approaches to food production and ensure organic farmers and growers are financially recognised for the proven value and multiple benefits they provide as part of this new ‘better, fairer farming system.’”