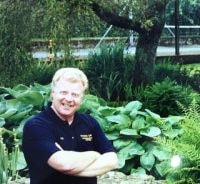 Potato industry stalwart Nick Green, the second generation member of family-run and founded company Stored Crop Conservation Ltd, is retiring after almost 50 years in the business and making way for the third generation of his family to take over.

Nick sits on the Potato Industry CIPC Stewardship Group and is chairman of the NAAC Applicators Group which has been instrumental in driving up industry standards. He will continue to sit on these groups.

Nick, who celebrated his 69th birthday this year, was born and bred in Lincolnshire, growing up in Navenby and now living in Branston.

Having initially begun a career as a joiner, Nick joined Stored Crop in 1972. It had been founded by his father, Harry Green, in October 1971. Harry had formerly been a consultant for Smiths Crisps.

Nick’s wife Geraldine and son Tom later joined the company in 1994 and when Harry later retired, Nick spent much of his time on the road, along with Tom, while Geraldine ran the Metheringham-based office. The company moved to bigger premises in Washingborough in 2006, where Michael Otley, Nick’s father-in-law, and Becky, Tom’s wife, are now also employed as operatives.

Nick has seen many changes in the industry and is known for being a forward thinker, as demonstrated by the technology he has used to build the bespoke Cropfog machines used to apply CIPC and Biox M to potato crops, which are now sold all over the world, along with the company’s diversification into store hygiene with bespoke machinery to avoid cross contamination, grain store hygiene with high pressure washers and glasshouse hygiene, again with bespoke machinery.

Nick will officially retire at Christmas and will be on Stored Crop’s stand at BP2019. Tom will take over as Managing Director of the company.