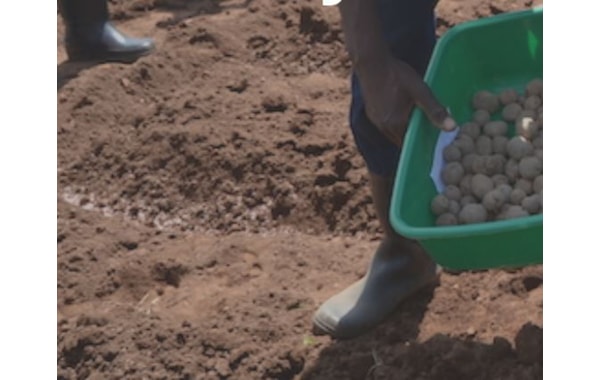 RESEARCHERS from the National Agricultural Research Organization Uganda and the International Potato Center have developed a new variety of potato which is resistant to late blight. Using new molecular techniques, they transferred late-blight resistance genes into the popular East African potato variety Victoria.

The new variety, known as 3R Victoria, is almost identical to the variety farmers now plant in Uganda, with one crucial difference. It contains three genes from a potato relative that provide it with complete resistance to the late blight pathogen.

As a biotechnology researcher working in East Africa, this breakthrough is particularly exciting. Potatoes are an important staple crop in the region, and this new variety is poised to boost yields dramatically, while reducing fungicide use.

In Uganda, where about 300,000 smallholder households grow potatoes for subsistence and income, the disease can destroy as much as 60 percent of a farmer’s potato crop, which translates into annual losses of approximately $129 million. In Ethiopia, an estimated 1 million farmers already grow potatoes, and up to 70 percent of arable land is suitable for its cultivation.

Currently, smallholder farmers have to use fungicides up to once every three days to control late blight. The cost of these chemicals is estimated to make up 10 to 25 percent of the total harvest value. Their use shrinks farmers’ incomes and can have harmful effects on humans and the environment.

The 3R variety eliminates the need for fungicides. This means that farmers could save money and have a much better chance of getting a full harvest every year. With a reduced risk of diseases, it also means they could grow crops during the heavy rainy season, when late blight is most prevalent.

Since the 1990s, bioengineered crops have generated an estimated $186 billion in higher yields and extra production. Yet these benefits have been concentrated in six countries, none of them in Africa, because of ongoing regulatory debates about whether they can be cultivated.