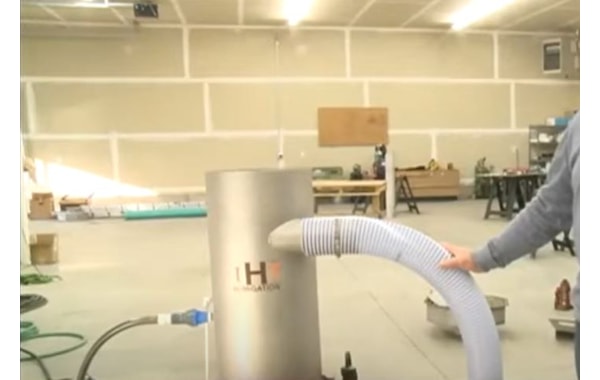 AN Amercian-made machine that takes a new approach to potato storage is now available in Europe and is being trialled by companies in the Netherlands, Belgium and Germany.

Manufacturers of the Humigator claim it enables potatoes to be stored disease-free, for longer periods of time, without the use of chemical agents or germination inhibitors.

The machine is the brainchild of father and son team, Garry and Blake Isaac. It is used by a number of potato growers in Idaho in the US where diseases like black spot, silver scurf, and fungus are prevalent.

The Humigator is an air purifier which cleans a storage area’s air by humidifying and disinfecting it. It uses only water and UV for this. Yields can be increased by 10%, and storage time extended by up to 10 months, its manufacturers state.

The air the Humigator expels has a 95-98% humidity level and ensures a stable temperature, resulting in minimal germination and weight loss.

The Humigator purifies all the air in the storage area every three hours. It does this by extracting the air and mixing it with atomized water. Pressure changes move the water particles at high speed. This captures all airborne pathogens and separates dirty water from the cleaned air. It then discharges the water. The clean, moist air is then blown back into the storage shed.

The machine was adapted to meet European standards.

Various Dutch, Belgian, and German potato companies are currently testing this machine and the company says initial results look very promising. The Humigator destroys, on average, 80% of the airborne fungi and bacteria.