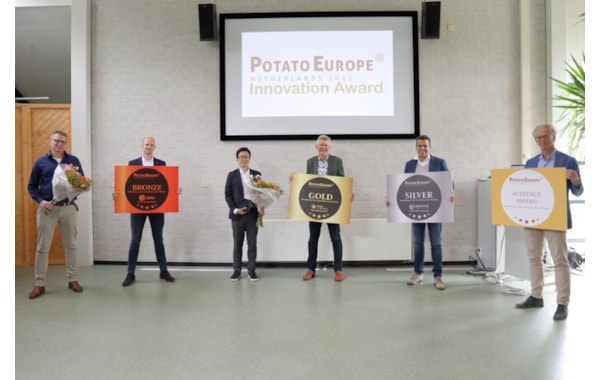 EGG Microtubers (ECG) has been presented with the Golden Innovation Award at the Potato Europe (Netherlands) 2021 event for the technology it developed to produce virus-free and vigorous microtuber seed potatoes.

The award was made after the South Korean company was deemed to have met three key criteria: Innovativeness, potential impact in the potato market and applicability in the potato sector, as reported by the Netherlands-based Potato World.

EGG's technology produces microtuber seed potatoes through mass production in bio-secured plant factories which are harvested every day, all year round and can be machine-planted directly in the open field.

Dirk Duijzer, a key member of the Dutch Top Sector Agri & Food sat on the awards during. When presenting the prize, he said: “This is a very special innovation that means a lot in different domains, from health and speed to broad applicability. We see the EGG Microtubers as a leap forward in the towards innovation of varieties and believe that the innovation will soon be widely applicable. We expect that the industry will recognize EGG Microtubers as a fundamental but also applicable breakthrough.”

The general public was invited to vote for the Audience Award, via various platforms, and Crop.zone’s Nucrop took this award. It was described as "A real game changer in potato desiccation" and “Technology towards sustainability".