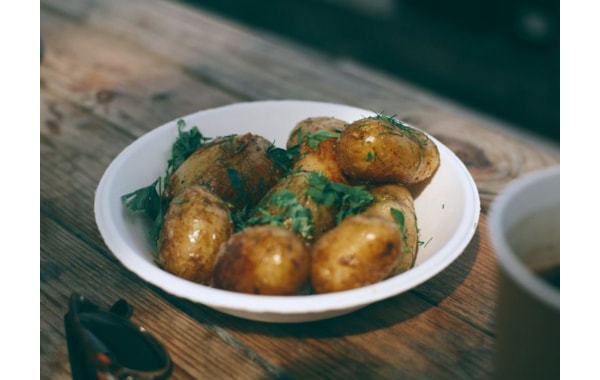 But the market has been fluctuating a lot as a result of the COVID-19 pandemic, notes Stefan Eusterbrock, Co-Managing Director of the Westphalia company.

He said in a recent interview with Fresh Plaza: "The current price range for firm cooking potatoes is between €4 and €14 per 100 kg. This is very unusual. This is one of the craziest potato seasons ever."

Good stock from German production is currently in great demand among domestic packers, but the willingness of producers to sell is low.

Stefan said: "The farmers are still holding back a little because the prices are tending upwards. From my point of view, it will soon be possible to sell good quality at €16 per 100 kg. My recommendation, however, would be to bring the goods to the market evenly so that everyone can be served. Because not all stock can be sold later at the higher price."

It has been an extremely difficult season so far, the potato trader said. "Firm-cooking potatoes were traded at €5 per 100 kg during the harvest. Then, from October onwards, prices increased slightly."

He added: "The strong price differences are also related to quality problems. "This year, there is a relatively large amount of poor-quality produce that is simply not visually acceptable. Logically, this is reflected in the market situation."

In contrast to the industrial potato sector, the pandemic has had a positive effect on the table potato market, Stefan said. "There is a slight increase in sales of table potatoes. In addition, the appreciation for regional potatoes has obviously increased. However, this appreciation has been seen for some time."