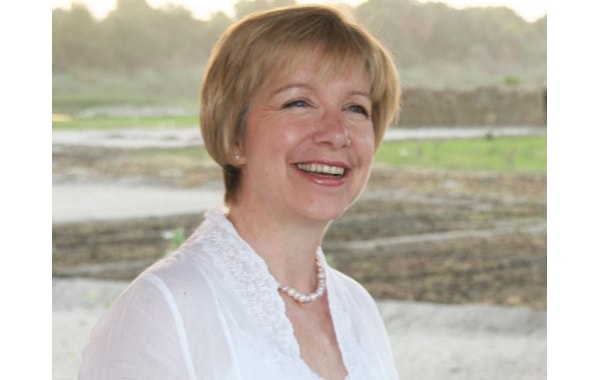 THE funeral of Hazel Hescott, a well-respected member of the potato industry, will be held tomorrow at Almondsbury near Bristol with a private cremation the following day.

Hazel, who recently passed away after losing a battle against cancer, was the daughter of Potato Review's founding publisher Bob Meredith. She took over from him in 2000 and became a co-owner David Mossman. Hazel held the roles of Advertising Manager and Finance Director while David was Editor.

When Hazel, who lived in Bristol, retired from the business in 2016, the business was sold to its current owner Warners Group Publications.

Shortly after its sale, Hazel was diagnosed with cancer.  She died in hospital aged 63, leaving behind a husband, John, and two grown-up daughters, Sarah and Anna.

Hazel was born in Ibadan, Nigeria, where her father served as an agricultural officer. She joined Potato Review in August 1995. She had studied chemistry at Sheffield University and previously worked for British Nuclear Fuels at Risley near Warrington where she helped to produce the company's in-house newspaper.

David Mossman, who worked with her for many years, said: “Hazel contributed hugely to the development of Potato Review and will be remembered fondly by many in the industry - readers and advertisers alike. She adopted a unique 'soft sell' approach to ad sales and earned the respect of everyone she did business with, from machinery manufacturers and seed traders to major agrochemical suppliers. Working with Hazel was a privilege and a joy. She had a kind word for everyone she met. She was warm, cheerful and eternally optimistic. She will be sorely missed.”

Organiser of the bi-annual British Potato trade shows, Steve Wellbeloved said he and Hazel ‘compared notes’ for around 20 years.

“When she offered advice you listened carefully, as she was gentle but didn’t pull punches,” he said. “Above all, you always knew that what she was saying would be based on extensive collated feedback – without doubt she was one of the best barometers of potato industry views I’ve met. The British Potato event team will look to mark her untimely passing in some way at the forthcoming event."

Wendy Nix of Kingswood Associates worked with Hazel while handling client accounts for Stored Crop Conservation and Fenland Mobile Services and described her as “friendly, cheerful and helpful”.

“I met her a couple of times at potato shows and she felt more like a friend than a colleague,” said Wendy. “My condolences to her family – she was far too young to lose.”

Peter Hill, of The Agricultural Journalists Guild, of which Hazel and Bob were both members, said he too was deeply saddened to hear of her passing.

If anyone who knew Hazel would like to write a tribute or share a memory, please get in touch here.