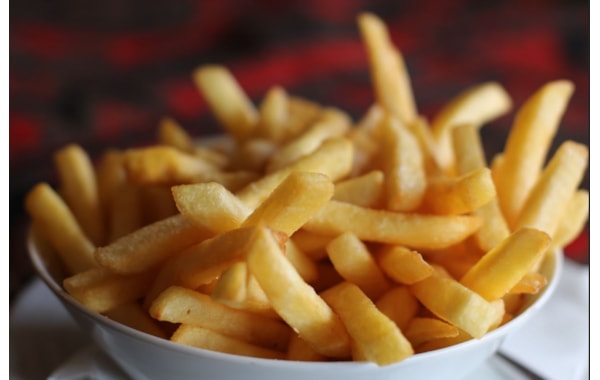 Dick Preston of CBS-affiliated television station examined the origin of French fries this week, to tie in with 'National French Fry Day', and found there's dispute amongst countries over who invented the potato dish and where its name was derived.
The earliest records of fried potatoes are in a description of a dinner in Chile in 1629 that included fried and stewed potatoes, but there's no description of their shape. A Belgian writer found a family record that described potatoes being deep fried prior to 1680, and Belgium claims the title of creating the french fry as we know it. The story goes that fishermen in the Spanish Netherlands, which became Belgium, regularly fried the fish they caught, but when the river where they worked froze over, they would sometimes cut potatoes in the form of small fish.
The French dispute that claim, saying they were first.
But what about the name? One story says that when British soldiers arrived in Belgium in World War I, their Belgian hosts tried to please them and their love of chips by frying potatoes on a large scale. When American soldiers arrived there, they were served those potatoes, which were called pommes frites.
Since French was the language of Belgium, the yanks simply called them French fries. That's an interesting possibility at least.
What we know for sure is that French fries are popular almost everywhere. Fast food chains have made them part of many people's diet where a few decades ago they might have been considered a special treat.
Unfortunately, their popularity has added to obesity and heart problems. Frozen fries greatly increased the home consumption of fries, led by the J.R.Simplot Company.
In 1967, McDonalds owner Ray Kroc replaced fresh-cut potatoes with Simplot potatoes. In 2004, 29% of the United States' potato crop was used to make frozen fries. China consumes its share of French fries, but 70% of them are imported, mostly from the U.S.

* Photo by Dzenina Lukac from Pexels