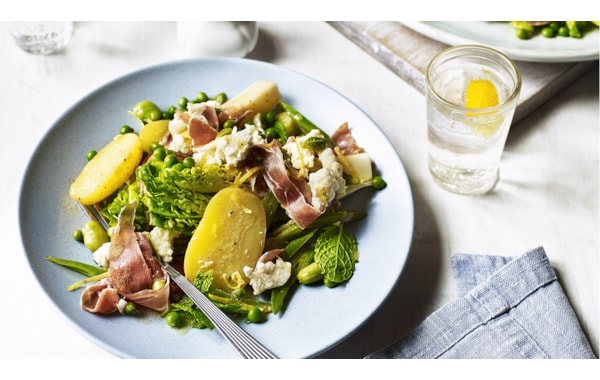 MILLIONS of consumers were reminded about the versatility and health benefits of potatoes as the result of a three-month lockdown marketing campaign by AHDB.

From May to July, AHDB brought back its cheeky Bud the Spud character to encourage consumers to rethink the way they saw potatoes in a continuation of AHDB’s ‘More Than a Bit on the Side’ campaign.

“We had a challenge to turn around a campaign to help the sector during lockdown, when time was of the essence and the potato sector was feeling the impact of the closure of foodservice and restaurants,” said Rob Clayton, AHDB Strategy Director for Potatoes.

“So, using Bud, we focused on videos and images of enticing potato dishes on Facebook, Instagram and Pinterest, which were seen over 5.2 million times. We also advertised on catch-up TV and outside major retailers with digital ads, which worked well.”

The revised Bud the Spud adverts were encouraging a target audience of consumers, aged 25 to 54 and families with younger children, to visit lovepotatoes.co.uk for recipes, as well as hints and tips on how to get the best from their spuds. As a result, the website saw over 200,000 visits during the campaign.

During lockdown, potato sales at retail increased above the average general boost to food sales seen in supermarkets. This helped to lessen the overall hit to the potato sector, which suffered from the closure of takeaway outlets, schools and restaurants.

With consumers having more time available than ever before for cooking new recipes from scratch, and a reduction of the average price, the sales-volume of fresh potatoes went up by nine per cent between May and August (when compared with the same period last year).

The “More Than Just a Bit On The Side” video was seen over 716,000 times on catch-up TV, during top entertainment ITV shows such as Coronation Street, Emmerdale and Britain’s Got Talent.

Bud the Spud was also spotted around 284 Tesco, Asda and Sainsbury’s stores, on digital posters which reached half a million consumers who were queuing outside the supermarkets."