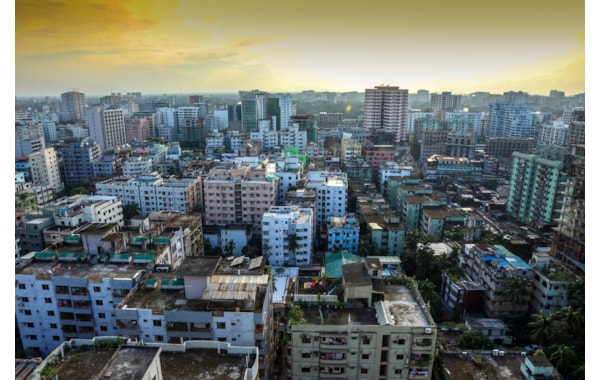 A KILO of potato in Bangladesh will be sold at Tk25 in the wholesale markets and Tk23 at cold storage gates, following a government ruling.

In face of sharp rise in prices, the government made the decision on Sunday to sell potatoes at at the designated price through the Trading Corporation of Bangladesh (TCB) according to a report by Dhaka Tribune.

The open market sales (OMS) through the state-owned agency will start by the end of this week.

A kilogram of potatoes sold at Tk55-60 at different kitchen markets in the capital on Sunday.

“There is sufficient stock of potatoes in the country, hence no scope of crisis. We will ensure that potatoes will be sold at a price set by the government,” said Tipu Munshi.

In doing so, government agencies such as the Directorate of National Consumers' Right Protection have already begun working, said Tipu. In a bid to ensure supply of potatoes at reasonable prices for the consumers, the TCB will start selling through OMS trucks by the end of this week, said the minister.

He also said the demand for potatoes increased as the production and distribution of other vegetables was hampered owing to floods and heavy rainfall, despite having sufficient stock. Hence, there was no valid reason behind the unusual rise in prices of potatoes. Different government agencies were monitoring markets and prices would come down soon, he added.

Earlier, the Department of Agricultural Marketing directed all Deputy Commissioners (DCs) for taking steps so that potatoes were sold at Tk30 per kilogram. As per the direction, per kg potato will be sold at Tk25 in the wholesale markets and Tk23 at cold storage gates. In the current year, Bangladesh produced 10.9 million tons of potatoes against the maximum demand of 7.7 million tons. It means there is a surplus of over 30 lakh tons.

Meanwhile, as per the Bangladesh Cold Storage Association data, Bangladesh produced 8.5 million tons of potatoes in 2019, which was 12 million tons in the previous year.

“As per our estimation, there is a shortage of about a million tons of potatoes than the demand. This is because of low yield as the farmers cultivated across a lower stretch of lands than previous years as they got less prices,” Md Mosharaf Hossain, president of the Bangladesh Cold Storage Association, told Dhaka Tribune.

On the other hand, a huge amount of potatoes were distributed among the poor people as relief during the Covid-19 pandemic, said Hossain.

On top of that, farmers could not cultivate potatoes, which was expected to enter the market in November and December due to flood in the northern region of the country, he added. In the given context, traders as well as farmers are not releasing potatoes in the market in the hope of getting better prices in the coming month, which is another reason for the supply shortage, he argued.