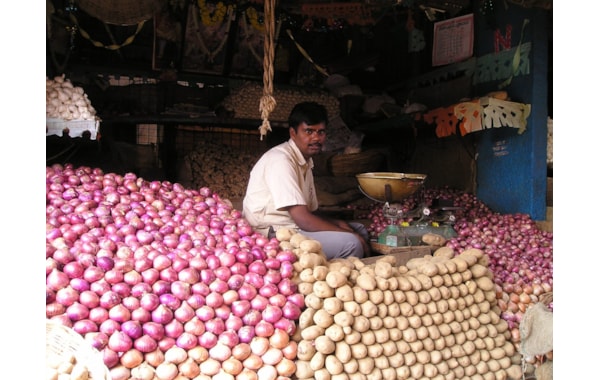 Potato growers in Belagavi, a city in the southwest Indian state of Karnataka, are facing seasonal disaster after seeds failed to germinate.

Belagavi is the only Indian township (taluk) in the district where potatoes are cultivated during the Kharif season, sown at the beginning of the summer rains, in the red and black soil in rain-fed areas.

Farmers grow potato in about 2,500 hectares of land. The area of cultivation has been shrinking year by year because of changing climatic conditions and low yield against expectation but some farmers continue to cultivate the crop. But this time, the farmers are facing immediate loss as the seeds they have sown are believevd to be of substandard quality, according to The Indian Express.

The APMC (Agricultural Produce Market Committee) is a marketing board established by a state government in India to ensure farmers are safeguarded from exploitation by large retailers.

The commission agents who trade potato in the APMC market in Belagavi give the seeds on credit to the farmers every year and obtain the seeds from Jalandhar in Punjab. Farmers have bought the seeds by paying Rs 2,400 per quintal.

Appasaheb Desai, a farmer leader, told an Indian Expres represesntative: “Hundreds of farmers have bought the seeds by taking out loans. But most of the seeds are of poor quality and sold at a high price to the farmers. A potato grower spends about Rs 50,000 per acre of cultivation.

A farmers' protest was due to held before the Deputy Commissioner’s office to bring this loss to the government’s notice but Ravindra Hakati, Deputy Director of the horticulture department has said it is difficult to intervene as many growers buy seed from private trading companies and do not obtain proof of purchase. A survey is to be conducted and samples collected and analysed.