The first ever National Potato Industry Awards paid tribute to some real industry achievers and provided a fitting end to the year, when the event took place on the first night of BP2019 at Harrogate, ending the year on a high note.

While some were prevented from attending because they were still trying to get their crop out of the wet ground, around 300 turned out to see which of the finalists had succeeded in gaining an award, and pay tribute to the hard work carried out by the industry as a whole in 2019.

The event at Harrogate Convention Centre kicked off with the AHDB’s own awards. Chairman of AHDB Potatoes Sophie Churchill announced that former Head of NIAB CUF, Dr David Firman, was to receive its ‘Above and Beyond’ Award. David had been an integral part of the potato research group since joining in 1984 and supervised the transfer of CUF into NIAB in 2013. He helped develop variety-specific nitrogen recommendations that, along with the concept of determinacy, has led to the existing AHDB nitrogen fertiliser recommendations. As he was unable to attend the event, the award was collected by his successor, Dr Mark Stalham, who later returned to the stage to receive an award of his own.

Soccer legend Kevin Keegan presented the NPIA Awards, as well as giving an amusing talk about his time as national football player, commentator and manager. A Yorkshireman himself, he found plenty to talk about and mingled freely with all the tables, being photographed with those present.

Winners were as follows: 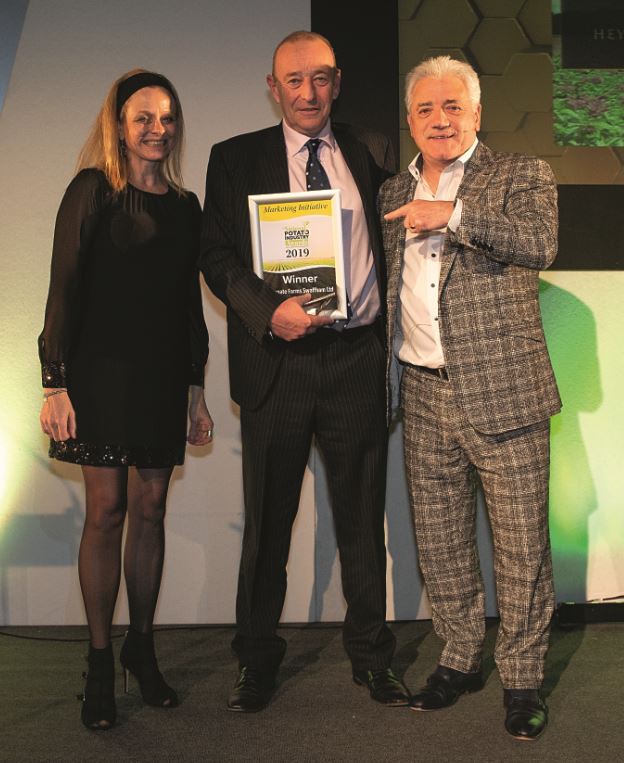 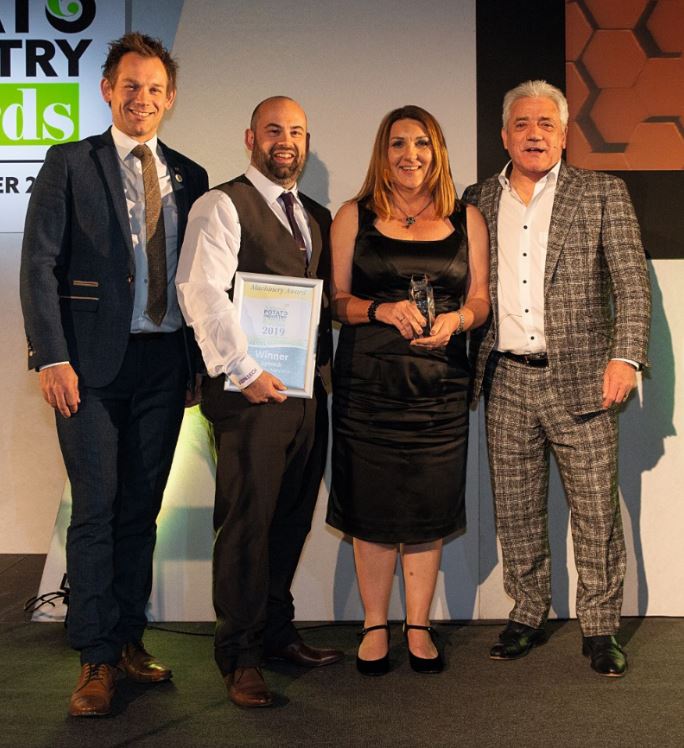 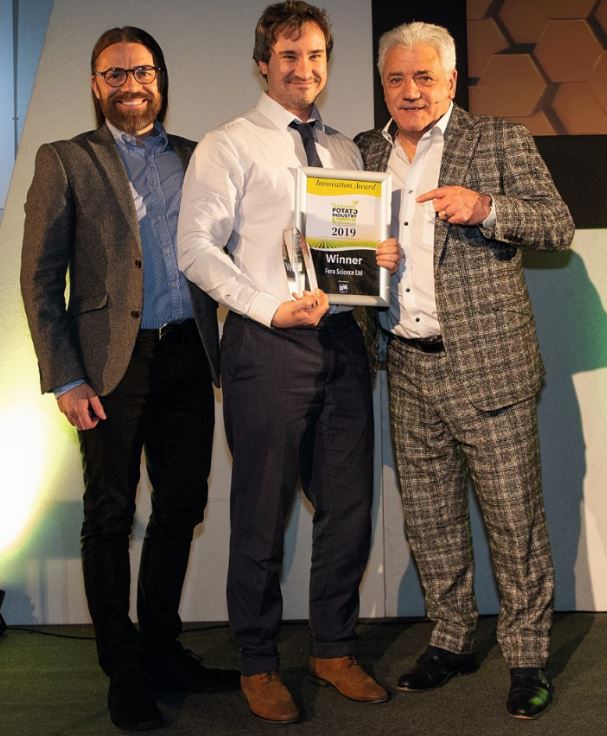 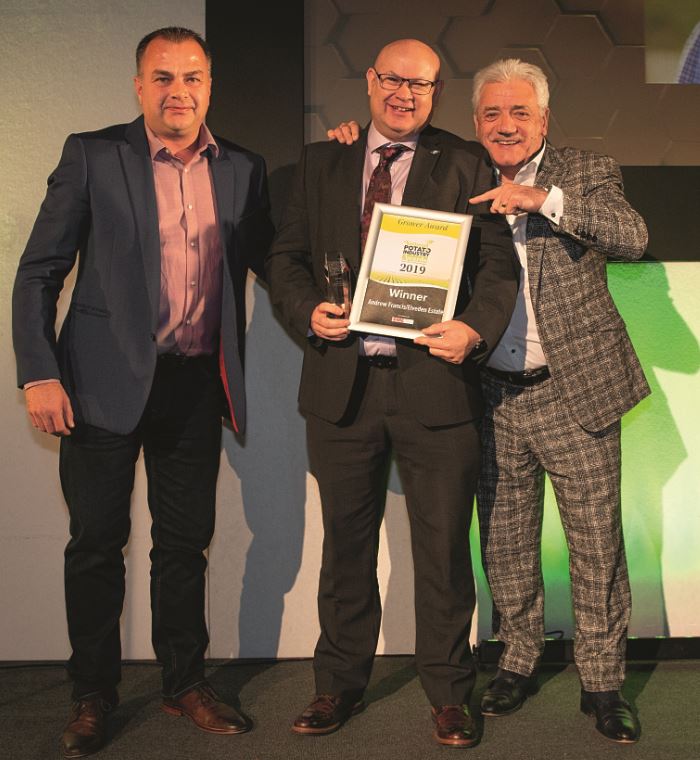 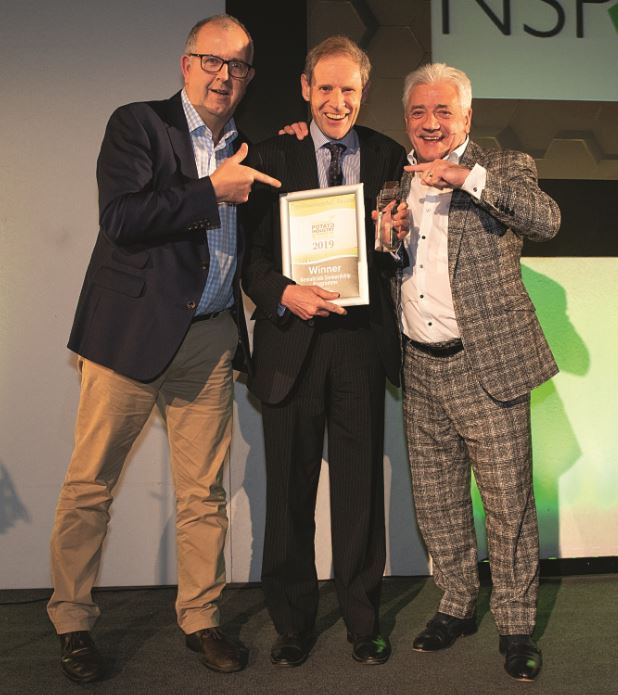 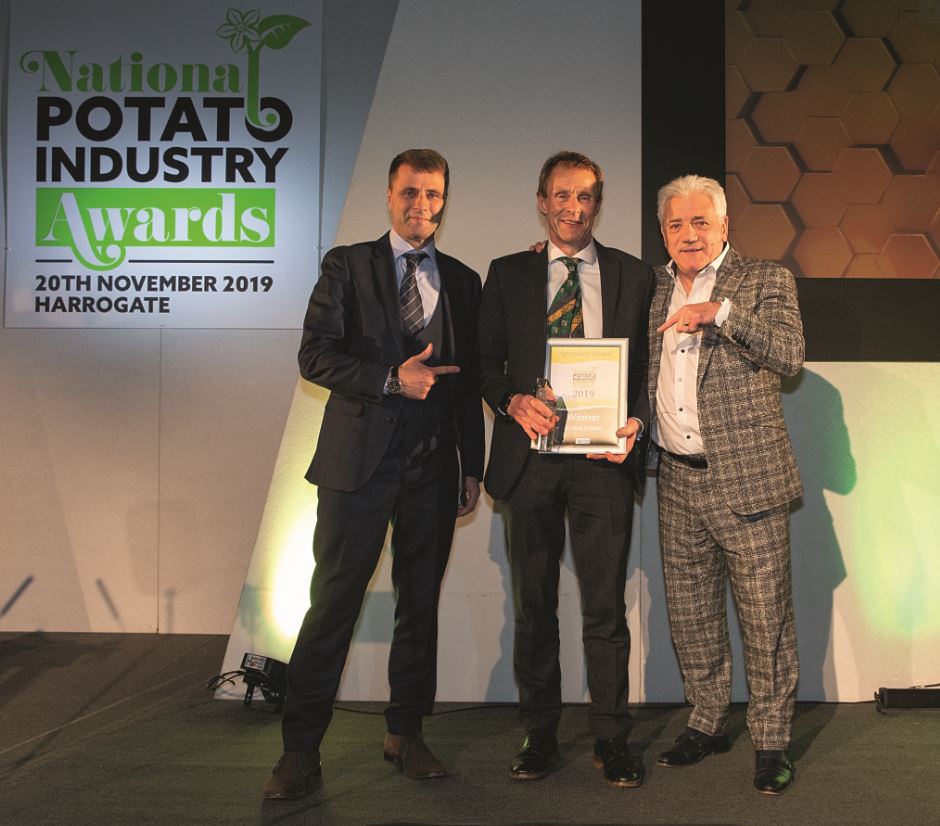