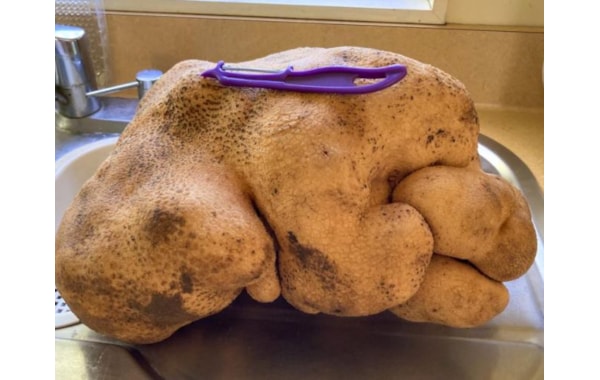 A NEW Zealand couple believe they have grown the largest potato in history and are waiting to hear back from Guinness as to whether it has made a world record.

Colin discovered the potato when his gardening tool hit something huge just beneath the soil’s surface and, after scratching away at the soil around it, the huge tuber was revealed.

The couple took it into their garage and weighed it on a old set of scales. It weighed 17.4 pounds, the equivalent of a couple of sacks of regular potatoes or a small dog. They nicknamed it Doug and put it in their freezer.

Colin is considering making potato vodka with it.

The couple had not actually planted any potatoes, but had been growing cucumbers in that area of their garden before the weeds took over. They believe the potato must have been self-sown and possibly growing for a couple of years or more.