NITROGEN fertiliser prices are driving up the need for soil testing, it has been claimed.

"When nitrogen fertiliser prices began to soar in the autumn of 2021, it became clear just how necessary measuring SMN levels is," said Rory. "Assessing how much nitrogen is left in the soil after the winter helps growers and agronomists decide how much additional nitrogen to apply to optimise their crop nutrition programmes. This protects them against volatile fertiliser prices. We’re not surprised that twice as many farmers are taking the opportunity to test, especially with our new SMN package now available."

NRM’s new N-Check service, which launched at the beginning of the year, analyses soil for Nitrate-Nitrogen, Ammonium-Nitrogen, soil mineral nitrogen, and gives a total value for the combined soil depth. N-Check Plus adds soil organic matter (SOM) to estimate mineralisable nitrogen, Spring crop N to determine the soil nitrogen supply (SNS), and the SNS index based on RB209 guidelines. 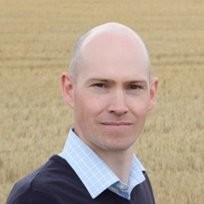 "We have received double the number of samples for SMN analysis in January compared with the same period in 2021," Rory added. "The results are very interesting too. For example, while the average SMN value was 34kg N/ha across the three sample depths of 0-30cm, 30-60cm and 60-90cm, this increased as the sampling depth increased. This could suggest that nitrogen has leached further down the soil profile, potentially encouraging later fertiliser applications in the future. This type of value-added insight to inform future decision making, such as how much and how early fertiliser should be applied in the Spring, drives efficiency in an unpredictable market."