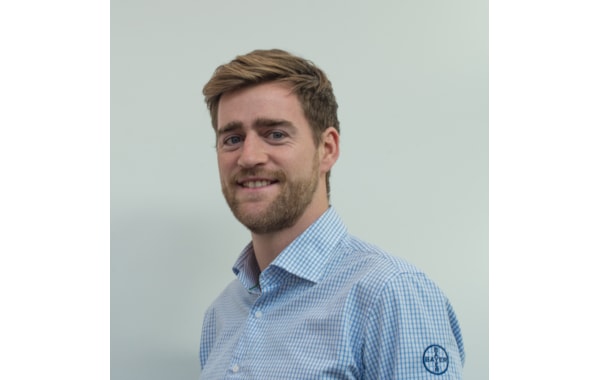 Approved earlier this year for application at 1.75 litre/ha, Emerger has been widely discussed as a suitable replacement to linuron, but according to Jack Hill (pictured), Bayer Commercial Technical Manager for Norfolk, this would be to understate its potential.

“It gives good control of a wide range of weeds particularly brassica and Chenopodium species. This, alongside its residual persistence and good tank-mix flexibility, mark it out as an option growers will want to use next season,” said Jack.

“The active substance is absorbed strongly onto soil particles and has low water solubility, making it virtually immobile in soil and therefore low risk to groundwater. As the weed emerges its hypocotyl (broad-leaved weeds) or coleoptile (grasses) picks up the herbicide as it grows through the product film on the soil surface.”

For best results it should be applied to a fine seedbed. “It needs to be applied uniformly to an even, friable seedbed to form a consistent film and the soil should not be worked after application as incorporation will reduce its activity as there is little uptake by roots.”

It gives consistent performance levels as it is relatively less affected by soil moisture or light exposure than other residuals, leading Mr Hill to describe it as a strong residual herbicide that will be the cornerstone of many potato herbicide programmes next year.

“In practice, Emerger is ‘moderately persistent’, providing between two- and three-months’ activity. It has given good control in programmes with several tank-mix partners, but its best performance has been when applied in combination with Artist (flufenacet + metribuzin),” he added.

East Anglia-based agronomist Graham Tomalin of VCS Potatoes, has evaluated Emerger in trial at the AHDB SPot Farm East demonstration site at Elveden Estate. Emerger was part of a herbicide trial that considered the weed spectrum and crop safety considerations of a range of widely used products.

He said Emerger offers a useful weed spectrum in line with the manufacturer’s claims and has demonstrated good crop safety across a range of varieties.

“It has a few gaps in its weed spectrum but was a useful mixing partner with no crop safety concerns either on its own or in a mix with eight other active substances,” said Graham. “Those on light soils will find it is particularly useful for controlling fat-hen and small nettle.”

Growers would welcome the introduction of a new mode of action, more so following the withdrawal of linuron, he added.

“It has a wide spectrum albeit not comprehensive, appears to mix well and is crop safe. I expect to make good use of it next season as its weed spectrum, good crop safety profile and mixing flexibility mean it will suit a range of situations,” he said.