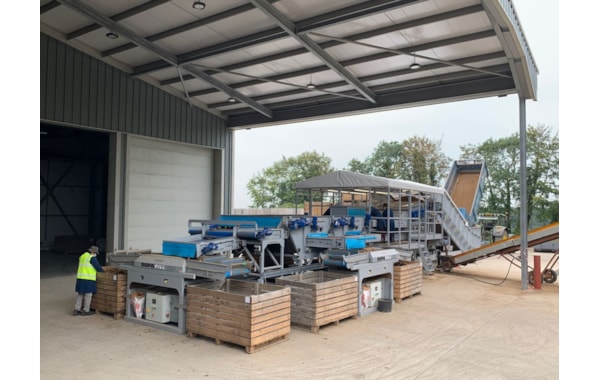 Philip Smith, who grows Desiree and King Edward potatoes across 60 hectares in East Kent, took delivery of the state-of-the-art grader this month.

Philip's previous grader was purchased in 1999 and had reached the end of its natural life, becoming slow and inaccurate.

As with the vast majority of Haith's machines, Philip's mobile grader has been designed to his precise specifications.

The 6.6m long grader, which can handle up to 30 tonnes per hour, features a Haith Supaflow bulker that feeds a Haith Evolution Multi-Separator with six spiral shafts and clod roller scrapers to effectively remove soil, clod and haulm.

The covered inspection unit on the grader can accommodate six people, who can work at any time of the day or night thanks to the presence of energy-saving LED lights and in all conditions as the bunker, separator and inspection area are covered.