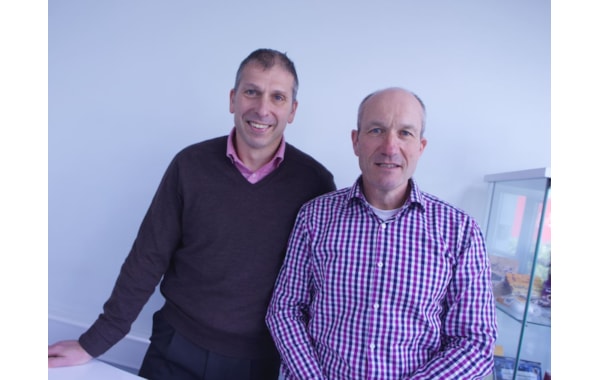 The director of a packaging company that works extensively with potato and fresh produce packers has celebrated 21 years’ service by finalising a five-figure expansion project that will increase his company’s production facility by 25%.

Andy Beal joined GIC in Gainsborough at the end of August 1999, becoming the packaging machinery manufacturer’s managing director following a management buyout in 2007.

This month, Andy signed off on the building of a new mezzanine floor at GIC’s factory, which will add 100 square metres to the company’s production area.

The need for extra space has been fuelled by a record-breaking year, in which demand for GIC’s vertical form fill and seal packaging machines has grown by 60%.

As well as the new mezzanine floor, which will become home to GIC’s electrical engineers, the company has also recently recruited a new apprentice.

“It seems like only yesterday that I first started work at GIC,” says Mr Beal. “Time really does fly, and I am incredibly proud of what the team has achieved in the last 21 years. The business has grown significantly and this year is looking like it will be our best ever 12 months. Despite the pandemic, we’ve seen enquiries and orders increase, and this has meant we’ve had to increase the size of our factory and take on a new apprentice.

“So much has changed in the packaging industry since 1999. The machines we are manufacturing are so much more sophisticated than the ones we supplied in the late nineties.

“Environmental concerns have led us to develop machines that use less and thinner film, consume less electricity but work more quickly and efficiently than their predecessors.

“GIC’s focus on developing the best possible machines and backing those machines up with excellent customer service and ongoing support has not changed though. That is one thing that has remained constant over the years.”

GIC was established in 1987 and currently employs 24 people. The company offers an extensive range of vertical bagmakers, producing a wide range of finished bag sizes from 150 to 600mm wide, in both intermittent and continuous motion variants. All GIC machines offer low-cost ownership, robustness, reliability and exceptional build quality.

GIC's machines integrate seamlessly with upstream equipment such as check-weighers, multi-head weighers, cup fillers and counters, with the company offering efficient and cost-effective after sales to all of its customers in fresh and frozen produce, cereals, snacks, confectionery, pasta, powders and pulses, industrial hardware and liquids.