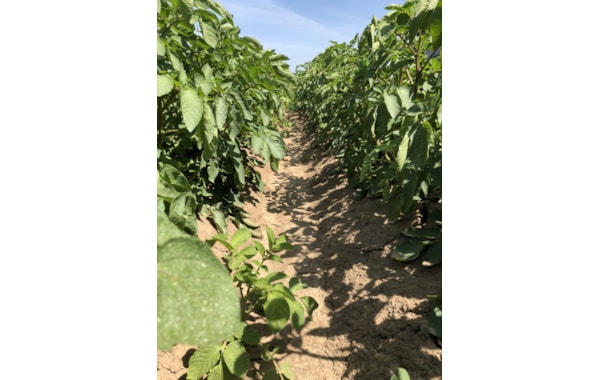 Emerger, the diphenyl-ether herbicide from Bayer containing aclonifen, can now be used post-emergence in stem vegetables, root vegetables and alliums after the AHDB received separate extensions of authorisation for minor use (EAMU) in these crops.

Until now, Emerger use was limited to pre-emergence applications in root vegetables and alliums. With these EAMUs however, weed control can be extended to post-emergence situations while Emerger becomes the only herbicide available for post-planting use in stem vegetables such as celery, leek, and salad onion.

The news will likely be welcomed by growers, says Bolette Palle Neve of AHDB Horticulture, who submitted the applications to the Chemical Regulation Division (CRD).

“Post-emergence weed control in carrots, parsnips, stem vegetables and alliums has been limited in recent years. With its strong activity against many important weed types, including polygonum and Chenopodium species, brassica weeds and grassweeds (from seed), having the option to apply Emerger as a post-emergence spray up until two true leaves will greatly enhance weed control programmes,” says Ms Palle Neve.

“For growers of celery this news is more than welcome. Until now there have been no post-planting herbicide control in this crop and several growers have suggested that they would abandon the crop if this application had been unsuccessful,” she adds. A separate application for use in herbs is also being considered by CRD and is expected later.

For root crops and alliums growers can apply Emerger pre-emergence up to a maximum rate of 1.75 L/ha and a further 0.65 L/ha at post-emergence. While pre-em applications are limited to one, at the post-em stage Emerger can be applied either as single spray or as a split application.

For stem vegetables Emerger can only be applied post-emergence, but growers can split the 0.65 L/ha limit across multiple applications.  How growers utilise it at the post-emergence stage should be discussed with an adviser.

Post-emergence use of Emerger in onions is permitted for both sets and sown crops, though care is advised when applying to drilled crops as damage may occur if cool and wet conditions follow application.

Claire Matthewman, Bayer campaign manager for horticulture, says the EAMUs are an essential means of ensuring growers have access to plant protection products.

“AHDB Horticulture is again to be applauded for these EAMUs. Growers of stem vegetables and alliums have lacked post-em control options for some time and for them this news is especially welcome. Being able to control late-germinating brassica weeds has become increasingly important as growers seek to limit reservoirs for virus. Post-em use of Emerger will help support this ambition,” says Ms Matthewman.