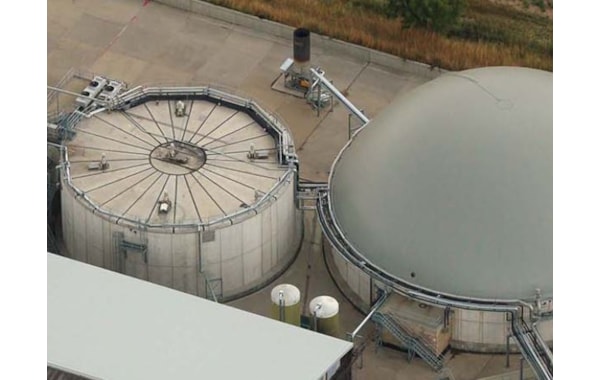 Companies and associations representing the food and drink, farming, water, transport, gas, and finance industries have joined the UK Anaerobic Digestion and Bioresources Association (ADBA) and its members in requesting urgent improvements to the UK's waste management strategy.

They also ask for an immediate commitment to swiftly develop a policy framework for the AD sector to enable the industry to thrive and support the UK's Net Zero and Global Britain ambitions, in particular addressing methane emissions this decade.

In a letter to Alok Sharma, President of the UN Conference of Parties on Climate Change (COP26), which the UK will be hosting in November, a consortium of 19 organisations, led by the UK Anaerobic Digestion and Bioresources Association (ADBA), urges the minister to become an advocate for improving waste management in the UK in the fight against climate change, and to support the UK economy and job creation around the UK.

The consortium states that this would be achieved by ensuring that all organic wastes are captured and transformed into valuable bioresources through AD technology – which gets the most out of such material - in order to rapidly decarbonise UK's key industries such as transport, heat, agriculture and food and drink.

"The UK is currently missing a huge opportunity to build on an existing UK success story", they write. "By turning all its organic wastes into bioresources, the AD industry could help:
•    the UK achieve carbon neutrality, including delivering 30% of the 5th Carbon Budget shortfall;
•    build back greener by creating 60,000 green jobs this decade;
•    bring over £5bn of private sector investment;
•    boost the UK’s exports to a $1trn global industry growing exponentially;
•    support the UK's agriculture sector and food and drink industry."

ADBA Chief Executive Charlotte Morton said there are more than 140 million tonnes of readily available organic wastes still being left undigested in the UK every year.

"Left untreated, they release methane - a potent greenhouse gas - directly into the atmosphere, which contributes to climate change and causes human health issues. Recycling these through AD instead means that these emissions are captured and the organic wastes turned into valuable bioresources, such as a storable, flexible green gas (biogas), a rich-in-nutrient bio-fertiliser (digestate), bioCO2 as well as other valuable bio-products. These products can help decarbonise carbon-intensive sectors such as heat, transport and agriculture".

"In addition to helping the UK demonstrate leadership in addressing the climate emergency, AD offers a huge economic opportunity for the country to generate jobs, level up the country, attract investment and boost exports around the world." she continues.  "With the right support, the UK AD sector would become highly competitive globally."

ADBA says that what the AD industry urgently needs is a policy framework that brings together the multiple strands of work ongoing across government into a cohesive support strategy. The trade association has already engaged with the key government departments in developing such a strategy (see notes to editors), and initiated the launch in June of the UK AD and Biogas Industry Climate Declaration committing the sector to "doing everything in its powers to deliver the greatest possible carbon reduction for the UK."

Taking a bite out of global food waste