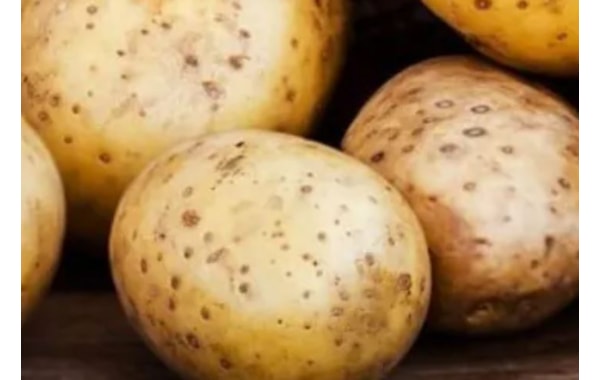 ONE variant of the humble potato that is incredibly rare is the La Bonnotte, which can only be found for 10 days each year.

Grown only on the Île de Noirmoutier, La Bonnotte potatoes are slightly saltier in nature, owing to the salty air of the island and are handpicked by the farmers. Approximate price: Rs1 lakh/kg.

The variety was recently announced as one of the five most expensive vegetables in the world by global media company Condé Nast Travel.

Taste Atlas, an experiential travel guide to traditional food. that collates authentic recipes, food critic reviews, and research articles about popular ingredients and dishes, states: "Le Bonnotte is the world's most expensive potato, grown on the Île de Noirmoutier, an island in the Bay of Biscay. These rare potatoes grow in sandy soil that absorbs the ocean scent and is fertilized with seaweed and algae. The land space on which the potatoes grow is limited to less than 50 square meters.

"The fragile and delicate Bonnottes are picked exclusively by hand, one by one, during only one week per year, which explains the high price of 500 Euros per kilogram. They shouldn't be peeled, as the skin absorbs all of the aromas and flavors of the soil and the nearby seawater.

"The flavor is slightly lemony, with a salty aftertaste and a hint of walnuts. These potatoes can be used for the preparation of purées, salads, soups, and creams."

Having reached heights of around US$600 per kilo (AU$860), La Bonnotte potatoes are harvested three months after planting and picked before they reach maturity. Selling at auction in 1996, they reached US$500 per pound - or US$1,201 per kilo (AU$1,722), according to a report by Yahoo Finance.

Only 100 of the 10,000 tonnes of potatoes harvested on the island are La Bonnotte - a major element contributing to the spud’s eye-watering prices.

Then there’s the fact that these potatoes need to picked one by one and manually, as the potato is so delicate.

It means that during the potato’s seven-day harvest season, around 2,500 pickets are set to work, Fine Dining Lovers reports.

The potatoes are especially delicious because of the sandy soil in which they are grown, the director of the potato cooperative, Nicolas Paille told Great Big Story. That’s compounded by the seaweed placed in the oil to encourage the potatoes to grow.

“It’s an artisanal job; the producers are proud to do it, and that’s what makes it so valuable,” Paille said.

What does it taste like? There’s a slight lemon taste, and according to Paille, also a chestnut flavour which comes from the iodine in the seaweed.

The prized taters don’t always have to break the bank, either. British supermarket Tesco began selling La Bonnotte variety potatoes in 2011. While not grown on the island, the potatoes were harvested and grown in the same way, and sold for a much cheaper £1.99 (AU$3.62) for a 750g bag.

Celebrate the best in the industry