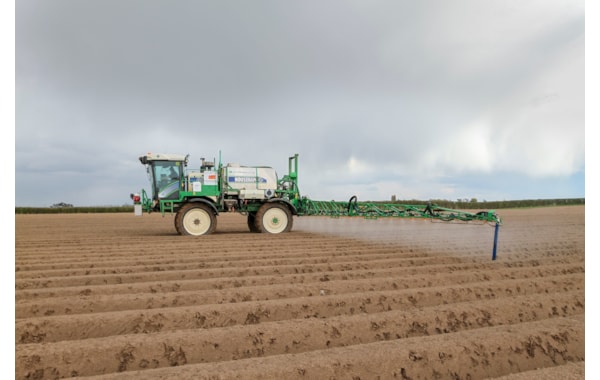 Weed control used to be a simple affair, but despite the loss of some established products the recent introductions mean good control is still achievable. Agronomists say it just requires a little more thought.

The most recent change to programmes has occurred with contact herbicides. Following the loss of diquat, which was more valued as a desiccant than a contact herbicide, growers are left with either pyraflufen-ethyl or carfentrazone-ethyl.

Scottish Agronomy’s Eric Anderson says the choice of which contact to use as a desiccant at the end of the season will influence which is used as a contact at the start of the season.

“Carfentrazone-ethyl is registered separately as Shark for weed control uses, and Spotlight Plus as a desiccant, while Gozai has both uses on the same label. As a result, using Gozai as a herbicide will limit the amount of pyraflufen-ethyl available for desiccation, if the maximum permitted dose of 1.6 L/ha is to be observed,” he said.  “For crops that are expected to be vigorous at the point of burn down, it is prudent to use Shark at pre-emergence to maximise desiccation options.”

While the loss of diquat is promoting growers to review contact herbicides, the bigger change will be to force growers towards greater use of residual herbicides at the early post-planting stage.

“The loss of diquat means earlier herbicide application and we will be advocating spraying seven to 10 days after planting once ridges are settled. Contact sprays, such as Gozai or Shark, are limited to no more than 10% emerged, any later and the growth will be seriously checked,” Eric said.

“In a later planting season such as 2020 this is time growers can ill afford to lose. This is a complete change to what growers are used to, as diquat could be applied up to 40% crop emergence.”

With the dilemma of which product to use as a contact option relatively straightforward to resolve, thoughts will turn to the residual programme, says John Keer, agronomist for Richard Austin Agriculture Ltd.

“Residuals remain the best means of post-planting weed control and the most cost-effective,” he said. “I tend to favour three-way mixes with Sencorex Flow (metribuzin) as the base treatment for its broad spectrum of activity. It also has better activity on weeds that escape either Gozai or Shark.”

To read more of this feature, subscribe to our bi-monthly magazine, at https://www.potatoreview.com/circulations/subscribe.

You can also receive our free weekly newsletters, and follow us on social media - https://twitter.com/ReviewPotato, https://www.linkedin.com/company/33219257/