"Recent rainfall should drive on growth of early crops" Dry situation in much of Northern Europe leads to concerns, says IFA

In its recent market update report, it states that digging of early Home Guard and Premier varieties have commenced in the south east this week, with small quantities available in retailers.

Quality is reported to be very good so far. Recent rainfall should drive on growth of early crops. Stocks of premium quality packing maincrop material are tightening. Storage costs are putting huge financial pressure on growers. There are also reports of some quality issues emerging and saleable yields hit as a result. 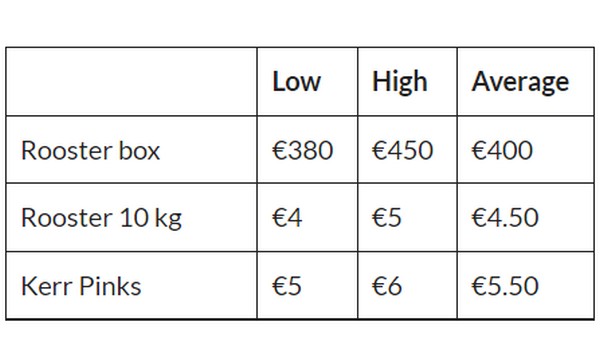 In the UK, clearance of potato stocks is reported to be steady, with sales also reported to be slow since Christmas. It is still very dry over much of Northern Europe and there are concerns about development of the early crop. Values in the fresh market are holding steady and there is more evidence of new crop from Spain and Italy. There is still good export demand from Eastern Europe including Poland but the market is very price sensitive.