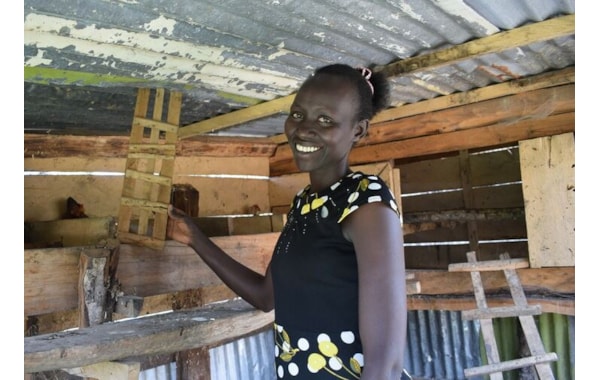 UK aid from the UK government has enabled 2,000 young farmers in western Kenya to build sustainable livelihoods in the horticulture sector. A total of £410,000 in UK Aid Match funding enabled the charity Farm Africa to expand its successful Growing Futures project, which helps young people to set up profitable farming enterprises growing and selling vegetables that are in high demand.

The UK government matched funding was unlocked by the British public’s support for Farm Africa’s Growing Futures appeal, which ran from October 2017 to February 2018. The appeal was backed by the charity’s patron Sir Michael Palin, who presented a BBC Radio 4 appeal to raise funds for the Growing Futures project in October 2018.

The significant improvement in the livelihoods of the smallholder vegetable farmers taking part in the project, which was based in Elgeyo Marakwet west sub-county, have been attributed to training in good agricultural practices that meet export and domestic market specifications, skills that help transform small farmlands into flourishing businesses and links to reliable markets.

The increases in average incomes followed record sales of vegetables to both the export and domestic markets, worth 62.3 million KSh. Vegetables sold included French beans, cabbages, garden peas and black nightshade (managu). The farmers’ total production soared from 381 metric tonnes at the start of the project to 3,731 metric tonnes at the end.

“The increase in production was catalysed by market links, which were established prior to planting. This gave farmers the assurance of an income upon harvesting. The short seasonality of the vegetables was also attractive to the smallholders, since they were able to receive earnings in a span of three months after planting,” said Stephen Muguna, project coordinator for Growing Futures.

For a community characterised by high levels of youth unemployment, limited market links for farm produce, low access to agricultural training and capital to invest in farming, this turnaround has given the young farmers a new lease of life, creating a dependable source of income.

The initiative established sustainable and reliable market links for the community by helping farmers secure contracts with two export companies and connecting them to 17 domestic buyers, such as schools and retail food stores.

With low access to extension (agricultural training) services across the county leading to low yields amongst small-scale farmers, the Growing Futures project trained 276 champion farmers to provide support for the rest of the group. This will be instrumental in ensuring that farmers are equipped with the relevant information needed to remain in profitable production.

The project also helped farmers ensure their produce was compliant with export standards by securing Global GAP certification. By the end of the project, 45 groups had been certified and granted codes in the international market. To preserve the quality of produce and decrease post-harvest losses, three sheds were built offering areas where produce could be graded. The sheds had integrated storage areas kept cool by an innovative system of water running through charcoal.