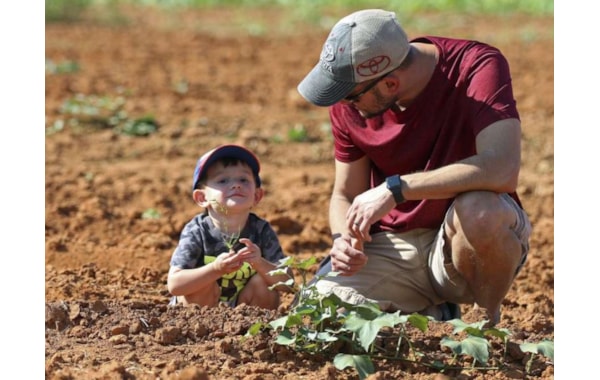 WHEN Doug Sharp founded the Cleveland County Potato Project 12 years ago, he had no idea his organisation would reach more than 1 million pounds of distribution.

Much of his ability to reach such an astronomical number stems from volunteers within the community, a report in My Journal Courier reveals. Baseball players from Gardner-Webb University recently joined efforts to keep the program going strong, plucking weeds from a potato field on Sulphur Springs Road in Shelby and introducing youngsters to simple farming practices.

Head coach Jim Chester said he was looking for volunteer work for his team and a connection between Gardner-Webb Athletic Director Chuck Burch and Sharp led to the opportunity.

He said he chose to produce potatoes because of their longevity and health benefits.

“They are so productive and so good for you,” he said, adding: "It’s the perfect food as far as nutrition is concerned.”

Dustin Hayes showed up early ready to get his hands in the dirt with his son Olsen Hayes in tow.

He said: “We enjoy helping other people and I feel like this is an important project the community does to help those in need,” said Hayes. “I think it’s important you instill things such as this in them when they are young so they continue to do it as they get older.”

Industry will be out in force at Harrogate