'More needs to be done to attract newcomers to industry' A NEW report from TIAH, The Institute for Agriculture and Horticulture, reaffirms that more needs to be done to change young people’s perceptions of agriculture and horticulture if they are to pursue careers in the industry.

With labour shortages a growing concern, TIAH commissioned a major piece of research with Family Kids & Youth Market Research and Consultancy earlier this year. The aim was to understand the main barriers that are preventing newcomers from following a career in agriculture and horticulture.

Alongside industry, TIAH will now use the findings together with wider evidence, to develop an action plan that will increase engagement with young people, and those who influence their career decisions.

Dr Barbie Clarke, Chief Executive of Family Kids & Youth, said 14 focus groups including young people, careers teachers and teachers of 14+ were undertaken. In addition, a nationally representative sample of children and young people, career switchers, parents and grandparents from England were interviewed during the research process.

“The results highlight that there is a low level of awareness of the farming sector at home, in schools and among career switchers,” said Barbie. “Young people are therefore not generally considering working in agriculture and horticulture as a future career.

“In addition, the perception of the sector is somewhat dated. There is also very little understanding of the modern farming and growing sectors and the breadth of job opportunities that exist,” she said.

“The results from the research suggest that this is probably driven by limited knowledge and coverage within the school curriculum, a lack of contact from the sector with schools, and a sometimes-confusing representation in the media.”

However, Barbie points out that young people showed plenty of enthusiasm for the sector once they began to understand what farming was really like. TIAH Consultation Group chair, Lord Curry, said that as an industry we need to capitalise on the enthusiasm shown.

“A lot of these findings reaffirm what the industry already knows. However, for me, what really hit home from this research is the fact that despite the fantastic efforts of existing schemes already working in schools, the perception of the industry is not changing,” he said.

“I was particularly disappointed by the lack of awareness of agriculture and horticulture among secondary school aged children, and those that are likely to influence their career choices. I personally believe that this is where we must intensify our efforts.

“As an industry we must come together and act now if we are to encourage bright young people to the sector. We need to renew and refocus our efforts and find ways to break down the barriers to attract a diverse range of people to meet the industry’s future needs.”

TIAH will be hosting a roundtable discussion at the House of Lords in the Autumn. The event will be by invitation only and anyone interested in attending, can express an interest to Louisa Baker at [email protected]. 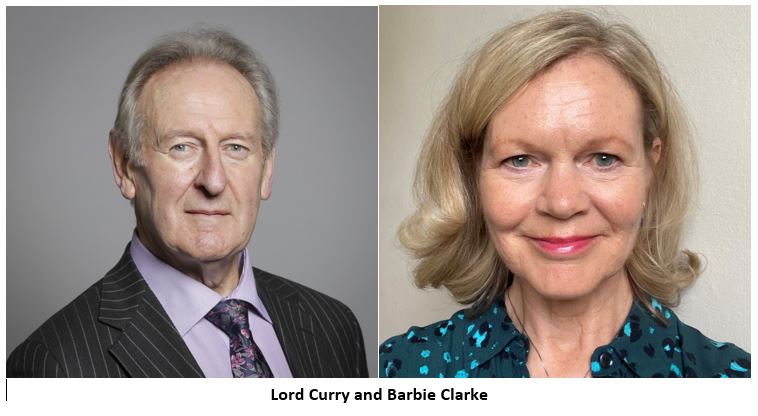 “Our aim is to bring together various organisations from across the industry to discuss the findings in more detail and start to develop an action plan in terms of future engagement with young people, and those who influence their career decisions,” said Lord Curry.

Are family farms fit for the future?