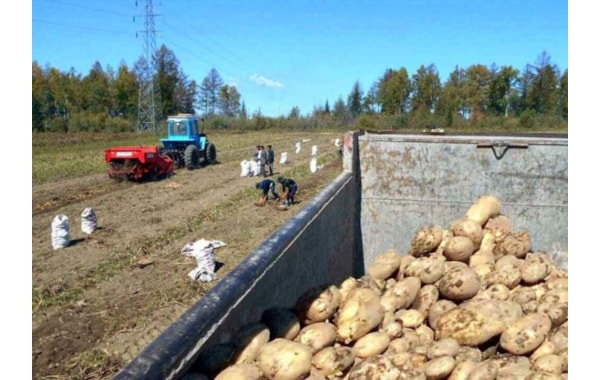 SCHOOL teachers in Yanggang Province of North Korea have been mobilized to harvest potatoes, according to a report in Daily NK.

The teachers are heading to the farms earlier than in previous years with a poor harvest expected this year. The province’s education department is said to have assigned local teachers potato quotas from September 25th.

Early October is the optimal time to harvest potatoes, but with the authorities expecting insufficient supplies, they are putting teachers to work in the fields about 10 days earlier than last year.

According to the media report, this year’s potato harvest in Yanggang Province is not looking good. Many farms have suffered flood or drought damage, or have not properly received fertilizers or manure. Teachers believe they will not be able to fill their potato quotas unless they get an early start on digging up tubers.

"It is said that when a famine was expected this year, they went to the farm earlier than usual to start harvesting," the report states.

It goes on to say: “In the midst of this, some schools have created a scandal by charging students with transportation funds necessary for harvesting and transporting potatoes.

Kindergarten teachers were also mobilised to harvest potatoes, but did not pass on the tax burden to students, the source told Daily NK, adding: "Educators are being reduced to farm workers because they cannot solve a single distribution problem.”