CHINESE researchers have revealed that accurate division of cooling capacity division is essential when storing and transporting potato and other vegetables in refrigerated containers.

While external temperatures and internal air circulation are responsible for uniform interior temperature, the internal airflow can be disrupted by air gaps between produce stacks and the container's inner wall which has a detrimental effect on cooling performance. 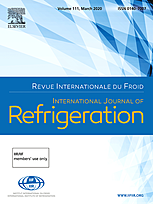 The scientists developed a research model based on numerical fluid dynamics and CFD modeling. It combines theoretical data with numerical simulations. Using this method, they can determine and verify things like flow resistance coefficients.

Each box of cherry tomatoes has multiple ventilation lateral holes. The researchers made an extra hole in the bottom of the box. That was to reduce vertical airflow resistance. They also designed three baffles that blocked the irregular airflow in the air gaps. That reduced the cold airstreams' performance loss.

The modified refrigerated container showed a more even distribution of cold airflow. There was an improved vertical airflow rate in the boxes of cherry too. And the cooling performance was better.

The scientists showed that cooling times could be reduced by almost 23%. The relative temperature rise also decreases by 34% to 59.5%. The structure can be used for various vegetables.

For further details on this report and others click here.