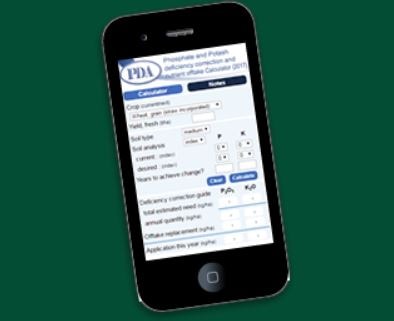 MORE than three years after their introduction, the Farming Rules for Water recently hit the spotlight owing to increasing concerns surrounding the interpretation of the rules by the Environment Agency. Although manures are a good source of nutrients for crops, there is increasing scrutiny on their usage as farmers are encouraged to fully account for the nutrients they supply and closer match the timing of application to the soil or crop need. The interpretation of the latter being the area of greatest concern for manures applied in the autumn.

The industry has long pushed for improved allowances of nutrients from manures when calculating nutrient requirements, however there is often a need to consider the practicality of what is achievable alongside what might be considered optimal for pollution risk and utilisation by crop.

The major concern from these rules relate to nitrogen and phosphate, however these are not the only nutrients that are being supplied when various forms of organic materials are spread. Any changes to practices on farm, need to be fully accounted for within the rotation, to ensure that a knock-on effect of these rules is not a further erosion of the soil nutrient levels for phosphate and potash, which as the last newsletter demonstrated, are already being eroded at a greater pace than they are being replenished on arable land.

Farming Rules for Water
The Farming Rules for Water came into force in April 2018. However, it has only been since the Environment Agency clarified its interpretation of Rule 1 that it has gained wider coverage as the implications of the rules hits home. These rules are relevant to all farmers in England and are aimed at tackling diffuse water pollution from Agriculture. The intention of these rules was to set a consistent baseline of good practice across the agricultural industry in England.

At the beginning of August, the Environment Agency declared their interpretation of these rules as the following:

Planning must take into account the results of soil testing, which must be done at least every five years on land that is cultivated by physical or chemical means.

A later change to the interpretation of the rules has led to the release of a Regulatory Position Statement (RPS 252). This provides a little more flexibility for organic manure applications provided it is only spread:

Although this gives greater flexibility for applications this autumn, it may mean that some manures have to be spread at lower rates than previously, to ensure the risk of leaching is kept under 5kgN/ha. If this is the case, then the levels of phosphate, potash and sulphur provided will also be lower than previously applied and this will need accounting for through full nutrient planning with any suboptimal applications corrected.

The Farming Rules for Water identifies that nitrogen or phosphate applied in fertilisers or manures can cause environmental problems if they are lost from the soil to water or air. For example, nitrogen can be lost to water through leaching of nitrate, to the air through denitrification as nitrogen oxides or to the air through volatilisation of ammonia. Potassium (K) can be lost from the soil by leaching though amounts are generally small, with the exception of sandy soils.

Biosolids and the Need for Potash
Biosolids (sewage sludge) provide valuable plant-available nutrients, but very little potassium. Typical applications supply just 12 kg/ha available potash, which is only a small proportion of the total requirement for most crops, highlighting that potash applications following biosolid applications should not be overlooked.

Whilst Water UK have proved successful in campaigning for biosolid applications to be deemed acceptable for this autumn, there is no guarantee this will be the case in 12 months’ time (as is the case with the Regulatory Position Statement). If rates have to be reduced to reduce the amount of nitrogen being provided in the autumn, the levels of phosphate will also be reduced and will again need accounting for appropriately.

Organic Materials
The PDA leaflet ‘Organic Material’ provides a guide to the total and available phosphate, potash and magnesium contents of some manures.

PDA Calculator
Where there is a significant risk of causing pollution and a soil index is considerably above the target level, then it is recommended to run the soil phosphorus level down towards the target index. The greatest risk of phosphorus pollution is associated with runoff (soil and organic matter particles). Water soluble phosphate is less easily leached, provided the soil has sufficient buffering capacity. The greatest risk of leaching is on light soils, which are less able to remove phosphate from soil solution through a process known as soil sorption. However, leaching can occur on medium to heavy soils where the soil phosphorus index is too high.

The Potash Development Association’s Phosphate and Potash Nutrient Calculator 2021 can be used to calculate nutrient offtake and nutrient deficiency and to adjust applications to rundown soil phosphorus index towards the target yield.