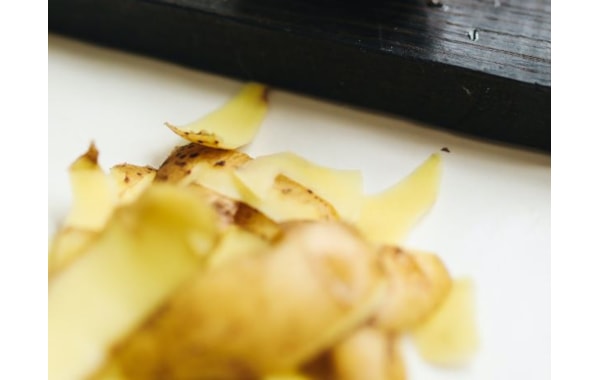 A DROP in the amount of potato waste generated by UK consumers was a key contributor to a 43% reduction in food waste last year. But the figures are slowly creeping up again, a new survey reveals.

The latest UK Food Trends Survey shows that self-reported food waste has rebounded to pre-lockdown levels as restrictions lift, and more food is potentially going to waste in UK homes as life returns to normal.

The findings come from Love Food Hate Waste. The campaign delivered by environmental charity WRAP and is a snapshot of the UK’s food behaviours post-lockdown, from the longest-running survey of its kind.

Love Food Hate Waste found that during lockdown many more people adopted positive food management behaviours that prevent food from going to waste, initially prompted by concerns about food availability and going out shopping. Almost four in five people took up an average of 6.7 new food management behaviours, which caused a sharp drop in self-reported food waste during the first lockdown.

Across the four key foods monitored, levels of potato waste, bread, chicken and milk fell from nearly a quarter of all items purchased (November 2019) to 13.7% in April 2020. That was a 43% reduction in food waste.

Levels of waste bounced back slightly in June 2020 but were still 26% lower than in 2019 by the end of 2020. The latest survey shows a spike in reported food waste coinciding with lockdown restrictions easing in June/July. In July food waste was on par with pre-pandemic levels at 19.7%, with three in 10 people once again falling into the category of “high food waste” - up from 20% in April last year.

The survey suggests this rise is due to two overarching factors: firstly, we’re dropping the new habits we adopted as time pressures return. Of the skills we took up during lockdown, freezing, using up leftovers and batch cooking were reportedly the most useful.

But these same habits are the ones most at risk of being dropped (as is as meal-planning) as we become more time poor – which 44% or people report feeling.

Secondly, more people are eating out or buying takeaways meaning the food we intended to eat at home is replaced by a meal or take-out and can end up going to waste. Love Food Hate Waste found a significant spike in the number of meals delivered or eaten outside the home corresponding with people reporting wasting more food. On average, we ate 7.6 takeaways or out-of-home meals in the past month, compared to 6 in September 2020.

Now Love Food Hate Waste warns that taking our focus off food could hugely undermine the UK’s recent success in reducing its household food waste*. In the year of COP26 - and stark warnings from the IPCC - this could put the UK on the wrong trajectory. Love Food Hate Waste is asking everyone to remember that Wasting Food Feeds Climate Change.

Sarah Clayton, Head of Citizen Behaviour Change WRAP: “One of the few positives of this extraordinary time has been people taking up new habits that prevent food from going to waste. We’ve seen more people getting creative with their cooking; using up ingredients and leftovers. More of us have taken to checking cupboards and fridges before we shop, using our freezers and even batch cooking. And people tell us they have found these habits extremely helpful.

"But the return of busy lifestyles means we are falling back into our old ways, and that risks these key skills not being used. After the shocking news from the IPCC this month, it is imperative we remember that wasting food feeds climate change and most food waste happens in the home.
“Preventing food waste is one way we can all reduce the impacts our diets have on the environment, and fight climate change as individuals.”

The organisation also has a programme of behaviour change interventions to nudge people around common triggers that cause food waste, such as displaced meals when we eat out or buying takeaways, and a lack of time. WRAP is seeking more partners to further develop these and is hard at work planning for the second annual Food Waste Action Week in March 2022.

Environment Minister Rebecca Pow said: “The last year has shone a light on the importance of using our resources more sustainably, and it is encouraging to see that we all wasted less food in our homes during this time. I am proud of the UK’s role as an international leader on tackling food waste. Between 2015 and 2018 we achieved a 7% reduction in waste per capita which marks good progress – but as we look to build back better there’s more we can all do to keep food on our plates and out of the bin.

“There are a few simple steps that everyone can take in our homes, from making a shopping list and storing food correctly to putting food that you won’t eat before the ‘use by’ date in the freezer where possible. By making these small, positive changes to our everyday lives, we can all make a real difference.”

Cabinet Secretary for Net Zero, Energy and Transport Michael Matheson said: "Cutting food waste is a great way we can all make a difference in the fight against climate change. With the COP26 climate conference coming to Glasgow this year, there's never been a better time to take action. The Scottish Government is committed to cutting food waste by 33% by 2025 – the first target of its kind in Europe – as part of our wider goal of ending our contribution to climate change. To help make that happen, we'd encourage people to maintain the positive habits they developed during the pandemic. By cutting food waste, you can lower the cost of your weekly shop while doing something good for the planet."

Encouragingly, the survey found that awareness of Love Food Hate Waste messaging has increased in recent years, with one in three citizens saying they have seen the logo - the highest recorded. There is also wider recognition of key food logos that help to make it easier for citizens to store food correctly, including the ‘suitable for home freezing snowflake’ logo and ‘little blue fridge’ prompt to refrigerate food items that stay fresher for longer in the fridge.

Advice from Love Food Hate Waste also played a key role in helping people to manage their food during early lockdown, with those who used the campaign’s A-Z of food storage undertaking 12 or more new behaviours. However, this latest survey found that while there is still strong public agreement that food waste is an important national issue (76%), this has declined somewhat in recent years from 89%. While seven in 10 of us agree that minimising our own food waste should be one of our top priorities.

Led by leading environmental charity WRAP, Love Food Hate Waste has developed world-leading programmes for preventing food from being wasted. It unites, motivates, and inspires citizens to keep food out of the bin and on their plates. Underpinned by robust research, LFHW works with strategic partners to build and deliver insightful campaigns, taking its message directly to citizens in practical, achievable ways. LFHW believes in challenging attitudes, behaviours and mindsets to ensure citizens know the value of food: buying what they need, eating what they buy, and storing their food correctly.

Photo by Polina Tankilevitch from Pexels