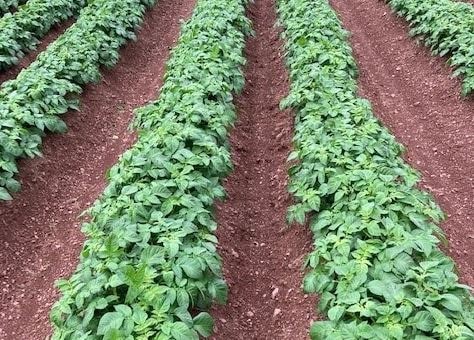 BIOSTIMULANT manufacturers are becoming increasingly frustrated with regulatory delays from the British Government which they say could ultimately lead to growers not having access to products in 2023.

Defra is evaluating regulatory approaches to biostimulants under its ‘Creating an Enabling Regulatory Environment for Enhanced Efficiency Fertilisers’ project.

RSK ADAS Ltd was contracted by Defra for project 31280 “Creating an Enabling Regulatory Environment for Enhanced Efficiency Fertilisers” and submitted its report to Defra at the end of May 2021, having undertaken a survey of biostimulant manufacturers and importers in the UK. Sixty companies had been contacted directly with a questionnaire and deadline for their responses was April 30th, 2021. The industry consultation period was expected to take place in June and July.

Defra was due to publish the results of its consultation in August, but the industry has been told this has been delayed. “Defra is running behind schedule and we still do not know when the consultation documents will be issued,” a statement revealed.

The consultation is now expected to end in October 2021.

In the meantime, the industry has been awaiting an update on when it can expect to see the proposed regulatory options.

Simon Fox, owner of Emerald Research, which says the delays could have a detrimental effect on growth of potatoes and other crops as it leaves a very small window for manufacturers to collate the necessary information for products to meet the required criteria.

A worse case scenario could therefore leave growers without their biostimulant armoury while data is collected, he said.

“The proposed timeline indicates that Defra’s ambition is to have the new regulatory framework fully implemented by September 2022. This leaves the industry very concerned that they will potentially only have one growing season in which to meet the research demands of the legislation (depending on if they are willing to accept previous trial results or not),” said Simon.

“This could result in farmers and growers having little or no choice of biostimulant products in the 2023 season, instead having to rely on pesticides and fungicides. This all seems at odds with the Government’s ELMS initiative and a backward step for an industry that’s aiming to be sustainable, reduce its carbon emissions.”

Some in the industry hope the delay will have enabled more industry members and wider stakeholders - including food retailers, environmental bodies and growers - to respond to the consultation.

The group said in a website statement: “The deadline for responses has now passed, but we would urge you to lodge your interest in this ‘consultation’ process along with your comments and concerns by contacting [email protected]”

Brexit and the EU

In 2022 the EU will implement EU Fertiliser Regulation, (EC) 219/1009. This will require suppliers of naturally-derived biostimulants to have carried out efficacy trials and produce safety and toxicity dossiers – to the same levels as required for chemical pesticides – to justify the claims of the effect and safety of their biostimulants.

As part of its withdrawal agreement, the UK also committed to implementing this.

Simon has spoken out against this decision and is hopeful that a less stringent policy will be adopted in the UK.

He said: “Optimistically, perhaps Defra has reflected on the course of action proposed and realised the pointless bureaucracy it would impose and are therefore defining a much lighter-touch certification scheme, in the light of the needs to support sustainable agriculture.”

One member of the BBESG was cynical about the need for the consultation in the first place, stating via the group’s website that he was “at a loss to why there is a need for tighter regulations”.

“After all, by the number of incidents relating to biostimulants in the last 40 years it looks like the existing measure work. If it’s not broken, why fix it?”