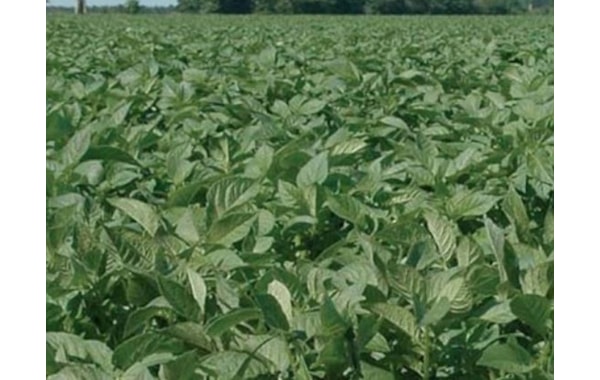 ESTABLISHMENT is the most critical period in any annual crops life-cycle, as it is the time when the yield potential is set. All challenges the crop faces during the season serves to reduce the final yield from this potential. Therefore, conversely, any management decisions taken from this point onwards only helps limit the reduction in this yield potential.

When seen in this light, it is clear that great attention needs to be paid at this point to set the crop up as well as possible. The first area of focus should be the soil. Soils should be well structured, with any compaction issues caused over the previous 12 months, or created during harvest of the previous crop, rectified. This will allow unimpeded root growth and maximum soil exploration for roots to capture nutrients and water. Alongside this, the soil chemistry should be optimal for growth – soils at a neutral pH, and soil indices at the target levels for the crops being grown, P index 2 and K index 2- for combinable crops. The aim of this is to ensure there is sufficient availability of nutrition for the establishing crops and their small root systems as well as providing the required amounts of nutrients at the appropriate times for the crop through the full season.

When it comes to establishment and nutrition, phosphate is one of the first nutrients that comes to mind. Its lack of mobility in the soil, combined with the small root systems of emerging seedlings, means soils need to be at the target index to ensure sufficient quantities can be obtained by plants.

Phosphate at this timing is involved in root growth and development. Phosphate deficiency will lead to a reduction in the formation of lateral roots and an inhibition of root elongation. Sufficient quantities are therefore required to improve rooting, which will enable access to more nutrients and water.

Sulphur is an essential nutrient for all plants, with some crops more vulnerable to deficiency than others. Historically, in the UK sulphur was deposited on land from the atmosphere in adequate quantities for optimal growth and development. However, as the burning of UK coal (high S) in power stations was switched to imported coal (low S) and natural gas, aerial deposition declined dramatically. This continued when emissions regulations forced flue gas desulphurisation units to be fitted, and now very little lands on our fields. As recently as 30 years ago there was as much as 130kg/ha of sulphur deposited in the UK, however it is now estimated that this figure could be as low as 1-3kg/ha over the year. As a result of this reduction, soils are now showing critical signs of sulphur deficiency and applications of sulphur to crops has become an essential part of Nutrient Management Planning on farms.

Sulphur is a nutrient that gets the greatest attention in the spring, particularly stem extension, however, applications in the autumn have been shown to improve the uptake of residual soil nitrogen, improving root and shoot biomass in the autumn and potentially leading to a reduction in losses as a result.

Sulphur in the Soil

Sulphur in the soil acts in a similar way to nitrogen. It becomes plant-available from the breakdown of organic matter, and to some extent from soil minerals. Soils which are organic, or heavy textured are more able to supply sulphur than light and inorganic soils.

Plants take up sulphur in the form of the sulphate anion (SO42-). These sulphate ions reside in soil solution which means they are at risk of leaching, depending on the soil texture and rainfall, just like nitrates. This risk must be taken into account when nutrient planning.

Immediately available sulphur in the soil can be measured by lab analysis, but its variability both down the soil profile and over time, means that the normal 4 yearly soil analysis (for pH, P, K & Mg) is not appropriate. Both the organic processes and the leaching potential cause levels to vary by month, and by year.

Trials carried out by ICL on winter barley in 2020/21 on 6 sites demonstrated the improvement in nitrogen uptake and root biomass discussed earlier, through an application of 48kg/ha SO3 alongside potassium, magnesium and calcium in the form of Polysulphate® in the autumn. Sampled after winter, the plots which received the sulphur dressing had a 28% increase in nitrogen uptake compared with those that had not. There was also a 16% increase in carbon uptake as a result of increased above and below ground biomass.

Impact of Potassium on Cold Tolerance

Rooting in the autumn is important for improved nutrient and water uptake through the season, with every centimetre of root touching an extra 130 tonnes of soil over a hectare. A plant with a good root mass going into winter will be much healthier and better protected against cold weather overwinter and drought stress in the spring.

Potassium is also required by plants in the autumn to improve their cold tolerance and the survival of plants exposed to various biotic and abiotic stresses. Cold stress can destroy photosynthetic processes, inhibiting plant growth and development, resulting in lower crop productivity. At the extreme it can lead to the failure of cell membranes and cell death when the water inside the cell freezes. Plants improve their cold hardiness by increasing their resistance to intra-cellar freezing.

Frost damage in potassium deficient plants can also be related to water deficiency from the chilling-induced inhibition of water uptake and freezing-induced cellular dehydration.

Trials in oilseed rape (table 1) have shown how frost damage was inversely related to K concentration in the plant and was significantly reduced by potassium fertilization.

Impact of Potassium on Biotic Stresses

Increased evidence has shown that crop production is significantly restricted by biotic stresses. Previous estimates have calculated that weeds produce the highest potential productivity loss (32%), followed by animal pests (18%), fungi and bacteria (15%) and viruses (3%). Potassium nutrition has been widely reported to decrease insect infestation and disease incidence in many host plants. From 2,500 references it was found that the application of potassium significantly decreased the incidence of fungal diseases by 70%, bacteria by 69%, insects and mites by 63%, viruses by 41% and nematodes by 33%.

Impact of Potassium on Waterlogging Stress

Waterlogging has been a significant problem in the UK, especially over the last two winters. Yield losses due to waterlogging may vary between 15% and 80%, depending on the crop species and growth stage, soil type and duration of the stress, resulting in severe economic penalties.

Waterlogging is known to block the oxygen supply to the roots, inhibiting root respiration, resulting in a severe decline in energy status of root cells. This can affect some important metabolic processes of plants including stomatal conductance, rate of photosynthesis and root hydraulic conductivity, decreasing its ability to take up most essential cations (K+, NH4+ or Mg2+).

Soils with a good potassium status have been shown to effectively reduce the adverse effects of waterlogging on plants. Plants show not only increased growth and photosynthetic rate, but also improved nutrient uptake.