CHANGING climatic conditions have affected potato production for around 90% of European potato growers over the past decade, according to a recent survey by an international consortium.

ADAPT (Accelerated Development of multiple-stress tolerant Potato) is a three-year research project looking at how to breed multi-stress resistant potato varieties and is funded through a 5 million euro cash injection from the European Union’s Horizon 2020 research and innovation program. The European Potato Trade Association (Europatat) is amongst those taking part in the project, which was launched in July last year.

With heavy rainfall and flooding in parts of Belgium, Germany and The Netherlands taking their toll on potato production in recent years, the project is aiming to develop new strategies to make potatoes fit for challenging growth conditions in the future.

ADAPT conducted an online survey asking for the farmers’ perception of climate change, their experiences concerning its impact on potato production, and their need for adapted potato varieties. The Austrian Agency for Health and Food Safety (AGES), the ADAPT partner responsible for the survey, received 553 replies, mostly from farmers with potato production locations in Austria, the Netherlands, Germany, France, Switzerland, Slovenia, Belgium, Poland, Spain and the United Kingdom.

Around 50% said climatic changes were a real threat to maintaining potato production at their farms. More than 80% of the participating potato growers said drought and heat had increasingly affected production in the last 10 years, while more than 50% of growers felt that pests and pathogens induced by climatic conditions have had negative effects. 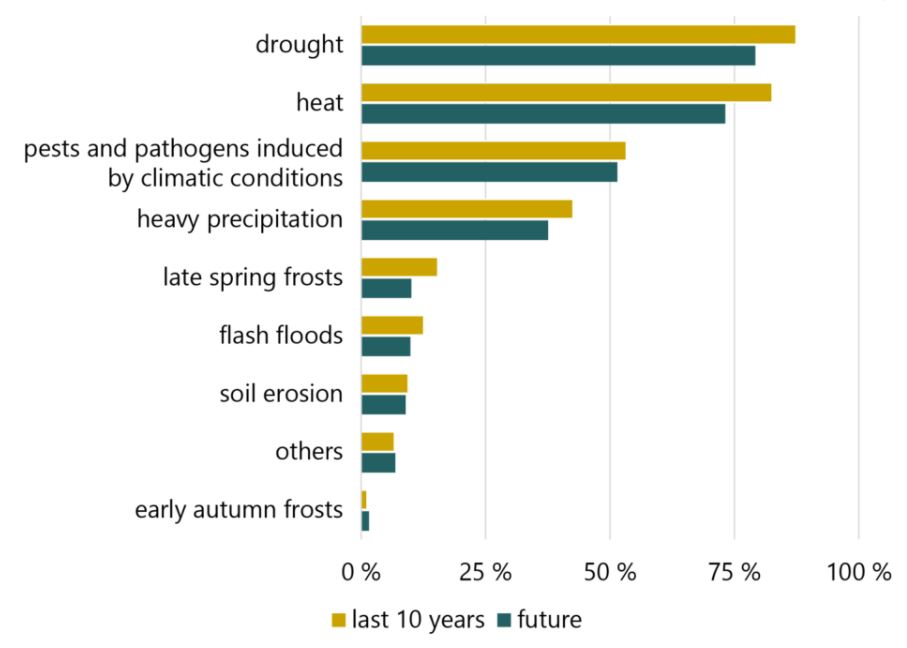 More than 40% noted the impact of heavy precipitation and similar replies were obtained when asking for potential future impairment of potato production.

A statement from Europatat said the survey showed that the focus and the expected outcome of the ADAPT project perfectly meet the needs of potato growers.