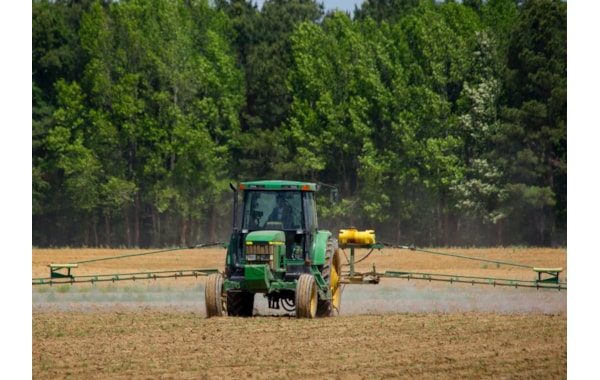 RISHI Burlakoti, a plant pathologist at the Agassiz Research and Development Centre, is three years into an investigation on Canada’s potato blight, and is urging home gardeners to help battle potato blight.

In 2018, Burlakoti partnered with other Canadian researchers to begin examining where potato blight was being found in Canada, a report in The Abbotsford News recently revealed. B.C. had blight in most of the home gardens Burlakoti visited and many of the commercial fields as well. Blight develops best in wet conditions, when the temperature stays between 15 C and 25 C.

“We found if it’s very dry and if there is less rain … the disease may not come,” Burlakoti said about his research. “But in B.C., we found a lot of the disease here.”

That is a problem for commercial growers, as they need to apply fungicide more regularly to protect their plants from the disease.

“That means their cost of production will be higher,” Burlakoti said. “At the same time, if they are not able to protect, then they might entirely lose their crop. That is a real issue.”

But having late blight in private gardens can keep the disease alive and flourishing, and that could mean more destructive problems in the future.

“Maybe you’ve heard about the new strains of COVID, right. It’s a similar concept,” Burlakoti explained. “Every couple of years, a new strain of the pathogen will come, and it’s becoming an issue.”

In Burlakoti’s research, he examined what kinds of variants of late blight were being found around Canada. In B.C., he said, there were “more diverse strains than in Eastern Canada.”

Significantly, between 80 and 90 per cent of Burlakoti’s research collection was resistant to metalaxyl, the most commonly applied fungicide for the disease.

If the pathogen develops resistance to the fungicide, it will make it more challenging for growers to manage the disease.
Burlakoti’s research partners on the east coast have started to do some outreach to home gardeners about how they can combat late blight. He’s hoping to do the same in B.C. and said the best thing that gardeners can do is use plants that are resistant to late blight.