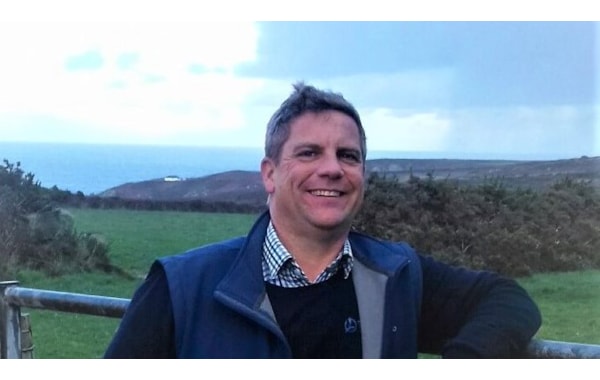 AS climate change becomes a reality, we are experiencing more extreme weather patterns in the UK. This has had a significant impact on potato production, especially with more frequent drought and rain events during  crucial parts of the growing season.

Weather extremes put crops under stress and make it more difficult to meet market specifications. But the evidence is building for the role of biostimulants that have undergone rigorous testing, to act as an important insurance policy.

David Newton, product manager at Timac Agro, explains biostimulants have often been overlooked in the potato sector, but given the wealth of research now making a strong case for their inclusion in the crop protection armoury, they need to be seriously looked at as part of an integrated management strategy for high performing potato crops.
“Our biostimulants are fully formulated and have been through European Homologation registration, meaning they are tried and tested,” he says.

Here David discusses how biostimulants can be incorporated into any potato crop type and the benefits they’ve seen through numerous on-farm trials.

Salad potatoes
“When it comes to salad potatoes, establishment and tuber numbers are vital to ensuring the crop can meet its genetic potential,” says David.

“Producers want to grow as many tubers as possible, while keeping them small. Quick establishment is also important, especially in areas like Cornwall where crops are planted early and in challenging conditions.

“Added to this producers can be paid a premium for being the first to lift a salad crop, getting as much as £1,000/tonne, it makes quick establishment of crops even more crucial,” he adds.

“This is why we decided to look at how a specific biostimulant could help bring establishment forward.”
A trial was conducted in Cornwall on a crop of Galante salad potatoes in a medium clay/loam soil type. On the treatment acreage, 8 L/ha of Fertiactyl Starter was applied by a conventional sprayer, split into 4L at 80% emergence and 4L at 100%, while the control group received only the farm standard nutrition programme.
“We found that in the treatment group, tuber numbers were increased by 25% compared to the control, which led to an increase in yield of 20% by weight.
“We also saw that the tuber size was more even in the treated area, leading to a better grade-out.
“The farmer even commented that the effect was obvious on the harvester. There were noticeably more potatoes on the web and the sizes were more even,” adds David.

“All of this activity comes from humates that are activated in a patented process to be more rapidly effective within the soil and purified seaweed extracts to act on the plants’ physiology and nutrient uptake ability.

“The combined action reduces the effect of environmental stress on the plants, limiting growth stoppages so lowering tuber reabsorption and optimising growth.”

Maincrop potatoes
“In maincrop potatoes getting a uniform crop of marketable sized tubers is the ultimate goal,” says David.
“Therefore, in partnership with our Cheshire grower and distributor, we conducted an on-farm trial to see if a crisping variety would benefit from a biostimulant at planting.

“In this trial, carried out on clay loam soils with Taurus crisping variety maincrop potatoes, Fertiactyl starter was applied at emergence with a split 4L dose. The control area again just had the standard farm nutritional programme.
“It was found that in the treatment area there was an improvement in marketable yield in the 45mm+ specification range, by up to 24%, which represents a 10t/ha yield increase.”

David explains to further develop this trial and make the process simpler, they also looked at mixing the biostimulant with liquid fertiliser at planting and establishment.

“The biostiumlant which contains selected humic and fulvic organic acids and anti-stress compounds, was mixed with liquid with NP starter fertiliser to test the action pre-emergence.

“We found that marketable yield was improved, with a 29% increase in tuber numbers compared to the control group. This tuber rise equated to a 4% increase in tonnage per ha.

“These effects can be explained by the biostimulant’s ability to help the plant better deal with stress, resulting in reduced growth stoppages due to stress, and also an increase in the plants’ ability to source and utilise nutrients,” he says.

“It’s clear the advantages of biostimulants will be more significant in some years than others based on the conditions. However, they need to be thought of as an insurance policy as weather events become more extreme and market demands more prescribed.

“The variations on soil, moisture supply, temperature and weather patterns faced by the modern farmer are major challenges to reaching the end goal of getting the crop to reach its full genetic potential.”