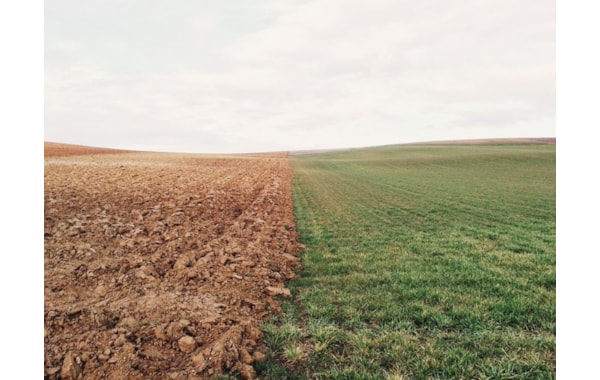 THE impact of arable farming on soil ecosystems has been likened to creating a “gangsters’ paradise” by one of the authors of new research aimed at helping damaged soils recover.

Based on a unique 50-year field experiment, the study shows that common farming practices such as ploughing, fertilising and adding pesticide to fields results in a chaotic new (microbial) world order where nitrogen stealing archaea and killer fungi have muscled their way in at the expense of many plant beneficial fungi.

The research also found the more ‘nutritionally monotonous’ arable soil environment has led many bacteria to ‘reduce their running costs’ by jettisoning more than 600 of the genes usually needed when faced with the diverse range of food sources found in grasslands or pastures.

This means that typical measures of soil biodiversity aren’t adequately explaining what is going on in soil - as farming not only changes the number and relatedness of the species present, but also the genetic complement of the community as a whole.

Using soil samples from the long running Highfield-Ley experiment, the team from Rothamsted Research and the US Department of Energy’s Pacific Northwest National Laboratory compared arable soils with their original grassland state, as well as bare soils that have been left fallow for over 50 years.

According to lead author, Professor Andy Neal, when grassland is converted to arable, the richness of species doesn’t change very much, but new species move in, and they don’t necessarily fill the same ecological roles.

“Following ploughing, the combination of species ‘floating’ around as potential immigrants combined with the influence of existing community members upon these newcomers means that there is an increased randomness to the community assembly – and the communities are less resistant to the establishment of pathogens as a result. It’s the microbial equivalent of a gangsters’ paradise.”

Compared to their original grassland state, arable soils had fewer, but more varied, species of fungi.  Mycorrhizal fungi, those that form mutual beneficial associations with plants and play important roles in plant nutrition, are reduced in favour of pathogenic fungi that survive by attacking insects, plants and lichen.

The researchers also saw a greater variety of bacteria in arable soil, whilst the total number of species of archaea - a group of single cell organisms members of which generate the greenhouse gas nitrous oxide as a by-product of ammonia oxidation – also increased in response to fertilization.

The results also show that the responses of these three different types of organisms varied markedly depending on the physical and chemical challenge presented by farmers.

According to Professor Neal, ploughing seems to increase the randomness in which  communities of bacteria and archaea assemble within soil - whereas applying fungicide leads to more consistent assembly of fewer, presumably resistant, fungal species.

“Farming practices cause physical disruption and alter the nutritional inputs, which means less diverse plant materials and more readily available nitrogen to soil. As a result, some species lose out allowing new ones – often with very different ways of making a living - to thrive. Even those that survive have had to change the way they live their lives,” he said.

Prof Neal said: “Bacteria have a habit of losing genes if there is not a good reason to keep them, it’s a ‘use it or lose it’ situation. What we think is happening here is they no longer need the functions these genes code for, and the genome length is reduced as a consequence.”

As elsewhere, biodiversity loss in soil is of great concern, he added.

“We rely on soil to grow almost all of our food, but perhaps surprisingly we know little about how the way we manage soils affects the microbial communities which support soil fertility, provide clean water and regulate greenhouse gas emissions.

“With this research, we wanted to evaluate the consequences of long-term management, particularly physical disruption by ploughing and altered soil nutrition.  What was most surprising was that diversity was less responsive than the gene complement in the soils, suggesting that our monoculture based arable farming causes severe losses of function in soil communities.”

Industry will be out in force at Harrogate